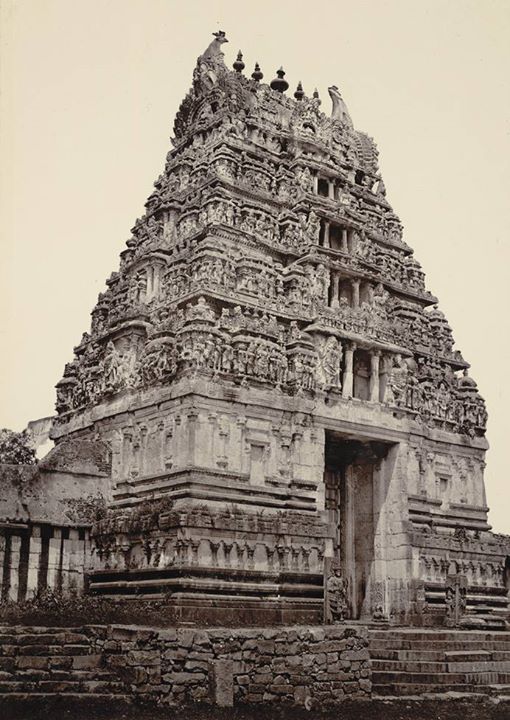 This photograph of the Chennakeshava Temple, Belur taken in the 1890s by an unknown photographer, is from the Curzon Collection's 'Souvenir of Mysore Album'.This temple was built at the behest of the Hoysalan king Vishnuvardhana in 1117 AD. The Hoysalas had migrated from Northern India to the Mysore region and their craftsmen developed a unique architectural style. The pyramidal gateway was added in 1397 during the Vijayanagara kingdom and shows an extremely rich sculptural ornamentation typical of that 14th century style.