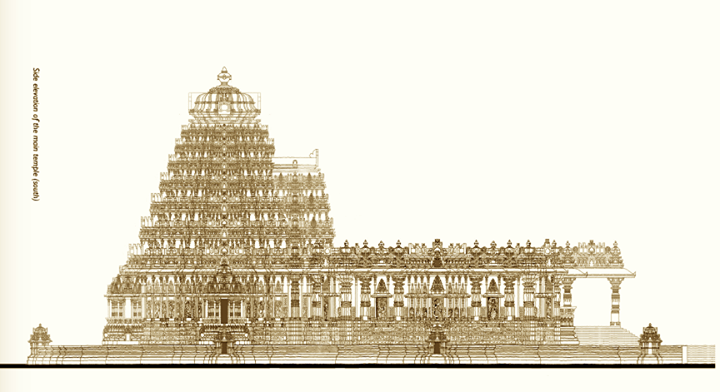 "Designing a New Hoysaá¸·a Temple in Karnataka." In Proceedings of 2009 Conference of European Association of South Asian Archaeology and Art. Vienna, Austria: University of Vienna, 2014.

The Shree Kalyana Venkateshwara Hoysala Art Foundation was set up in 2009 to promote a renewal of the arts and culture that flourished in southern Karnataka under the Hoysaá¸·a dynasty. They plan to build a large new temple in the Hoysaá¸·a style, entirely of stone and using the traditional structural techniques. The temple is to be dedicated to Shree Venkateshwara (SrÄ« VenkateÅ›vara, Shri Venkateswara etc.) or Balaji, the form of Viá¹£á¹‡u whose principal shrine is the Tirumala Venkateswara temple at Tirupati in Andhra Pradesh. Apart from its religious purpose, the temple is intended to stimulate a revival of crafts and to provide a setting for cultural activities such as dance performances. Schools of sculpture and dance are also envisaged. The site is a gently rising outcrop of granite outside the village of Venkatapura, near Nangali in Kolar District, Karnataka. It is close to National Highway no. 4, some hundred and fifty km east of Bengaluru (Bangalore), not far from the Andhra Pradesh border on the way to Chennai (Madras) and to Tirupati. This area was once at the limit of the Hoysaá¸·a kingdom, way to the east of Hoysaá¸·anÄá¸u proper, which corresponds roughly to present day Hassan, Shimoga, Tumkur and Mysore districts. It is there that dozens of Hoysaá¸·a temples survive from the 12th and 13th centuries, ornately carved in fine-grained, grey-blue chloritic schist or â€˜soapstoneâ€™.

This article is courtesy of Shashi Kolar.

Thanks for protecting our history for future generations.. but can you create documentary Videos in local language on their respective subjects, and publish them on social media.. for more effective understanding. @ Rare Book Society of India

Why indian history so rich demonized by comie & congi alltogether

How we make the intricated carving like the ancinet one.

There are more than 700 temples still existing.