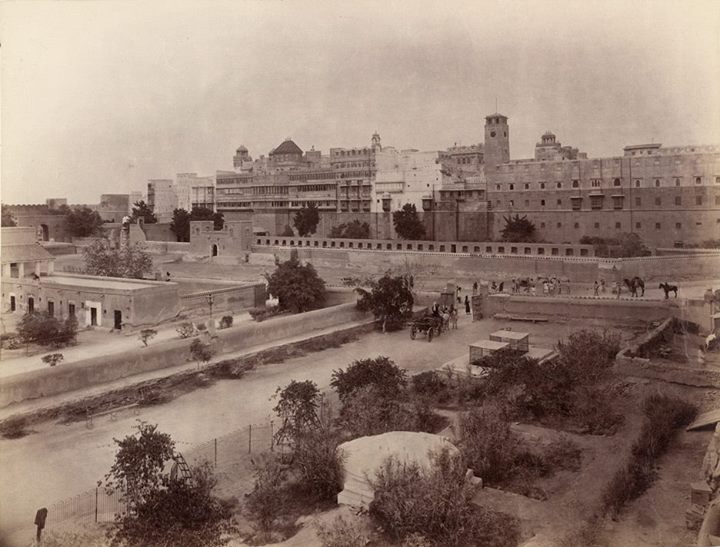 Text and image credit:
Photograph of the Palace at Bikaner in Rajasthan from the Elgin Collection: 'Autumn Tour 1896', taken by an unknown photographer on the 1st November 1896. Bikaner is the capital of the old Rajput state of the same name. The city was founded in 1488 by Bhika, the son of Rao Jodha, founder of Jodhpur from the Rajput family of the Rathor clan. Situated in an arid plain, Bikaner has an impressive fort surrounded by a crenellated wall of pink sandstone. A century after the construction of the original fort, Raja Rai Singh (1571-1611) built a larger fort called Junargarh, between 1588 and 1593. Within the fort are a series of palaces commenced during Rai Singh's reign and continued by successive rulers.

Vinit Mathur have a look.