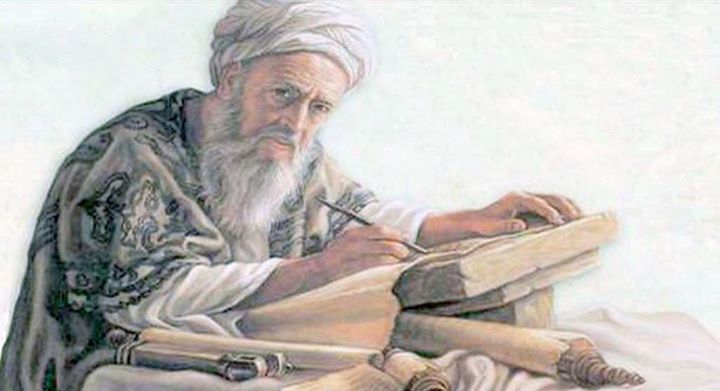 Digital Rare Book:
The Chronology of Ancient Nations - An English version of the Arabic text of the Athâr-ul-Bâkiya of Albiruni, or "Vestiges of the Past"
By Muhammad ibn Ahmad Biruni (973?-1048)
Translated by Dr.C.Eduard Sachau (1845-1930)
Published by W.H.Allen & Co., London - 1879

Al-Biruni is regarded as one of the greatest scholars of the medieval Islamic era and was well versed in physics, mathematics, astronomy, and natural sciences, and also distinguished himself as a historian, chronologist and linguist.He studied almost all fields of science and was compensated for his research and strenuous work. Royalty and powerful members of society sought out Al-Biruni to conduct research and study to uncover certain findings. He lived during the Islamic Golden Age, in which scholarly thought went hand in hand with the thinking and methodology of the Islamic religion. In addition to this type of influence, Al-Biruni was also influenced by other nations, such as the Greek, who he took inspiration from when he turned to studies of philosophy.[13] He was conversant in Khwarezmian, Persian, Arabic, Sanskrit, and also knew Greek, Hebrew and Syriac. He spent a large part of his life in Ghazni in modern-day Afghanistan, capital of the Ghaznavid dynasty, which was based in what is now central-eastern Afghanistan. In 1017 he traveled to the Indian subcontinent and authored Tarikh Al-Hind (History of India) after exploring the Hindu faith practised in India.[a] He was given the title "founder of Indology". He was an impartial writer on customs and creeds of various nations, and was given the title al-Ustadh ("The Master") for his remarkable description of early 11th-century India. He also made contributions to Earth sciences, and is regarded as the "father of geodesy" for his important contributions to that field, along with his significant contributions to geography.

I have a copy of his Tarikh-al-Hind and that too translated into my vernacular. Can't say that all of it is an easy read, a problem that is compounded by elapse of time between the India of Al-biruni and India of today.

Thank you so much for sharing

I have read few accounts of Tarik AL Hind, where he has written abt Indian culture, Hindu customs n practices

Where can I find his book on India ?