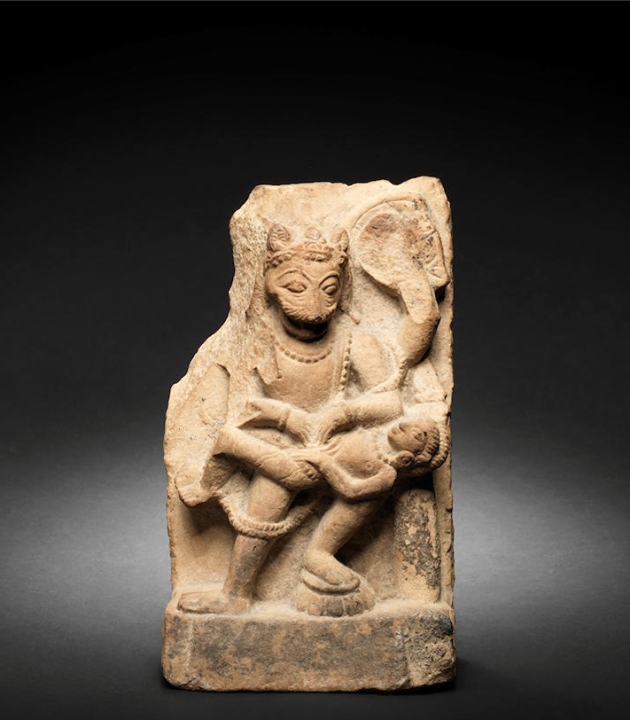 The lion-headed avatar of Vishnu standing in a menacing pose with his left foot on a pedestal, his hands tearing open the abdomen of the evil king Hiranyakashipu; adorned with ornaments and wearing a head dress, his lion face with bulging eyes under arched eyebrows and open mouth.