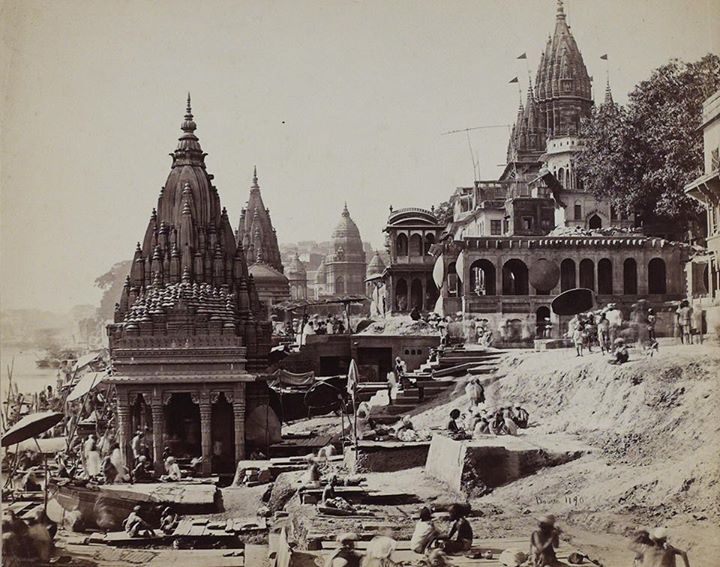 Review:
Travelling was at Three Miles an Hour, but in that Era too, Mamool was a Habit
By T J S George

How times change! It is routine these days for a Chennai businessman to take a morning flight to Delhi, complete his work there, and return the same night to the bliss of his own bed. A briefcase is more than enough by way of baggage.

Things were somewhat different in the days of Enugula Veeraswamy, a Madras denizen of the 1830s. He went on a pilgrimage to Banaras which took him “one year, three months, five days and ten minutes” to complete. That was mainly because the mode of transport was the palanquin. Which meant a large retinue of palanquin-bearers, attendants, cooks, porters, handymen for urgent repair works en route, tents and of course armed guards. Veeraswamy was travelling with his wife and children which meant that the retinue had to be that much larger.

One had to be rich to go on a journey of that kind. Veeraswamy obviously had no problem on that count. He was in the service of the East India Company and had risen to the then enviable position of Head Interpreter and Translator in the Supreme Court of Madras. That also gave him valuable contacts with Company officials and regimental units along the way.

With all that, his average travelling speed was two to three miles per hour. According to one diary noting, he left a village at 2 in the morning and reached the next halting point at 9 that morning—seven hours for a distance of 16 miles. The progress would be slower when there were rivers to cross, or thick jungles infested with wild animals, or pathless rocky hills to negotiate. Or indeed wayside attackers; the menace of professional assassins called thugs had not yet been eliminated. Sometimes visas were required to cross from one kingdom to another.

Finding resting places was a problem too. Veeraswamy, an orthodox Brahmin, records his joy whenever he found the “convenience of a Brahmin habitation”. His status occasionally helped him enjoy the hospitality of Company officials and Army camps. For the most part, though, he had to pitch tents on his own. At one place he found that “a spacious chavadi could be built at a cost of Rs 10” on a tank bund using forest wood. He built one and left the next morning.

At Srisailam, where the holy temple was not easy to reach, he had three dholies (mounted conveyances) built for two rupees each. “I fixed up eight palanquin bearers at four rupees each, eight uppada boyees to carry luggage, one other luggage carrier to carry the luggage and victuals of the luggage carriers. In addition I was accompanied by 15 Brahmins; food for them for five days was also carried in our entourage.”

Being a government servant, Veeraswamy took note of the administrative structure imposed by the East India Company.
The areas in and around Srisailam were in the territory “granted” to the Nawab of Kandanur who paid a lakh of rupees to the Company as annual revenue. He in turn collected money from pilgrims. During Shivaratri, for example, the fees were “Rs 7 for a group of Sudras, Rs 5 for a horse, Rs 3 each” for various rituals. During Brahmotsavam, the receipts would amount to 400 varahas. “The Nawab appropriates all these fees and thereafter neglects the maintenance of the shrines.”

That tradition is still maintained by our state authorities and legislators who receive allocations for various schemes, and thereafter neglect the performance of their duties. Rather reassuringly, palm-greasing was also a hallowed tradition. Recalling his boat journey from Prayag to Kasi (pleasurable, though it took six days), Veeraswamy cautions: “Ordinary travellers by boat are troubled by customs peons called ‘permit-men’. The poor have to pay a rupee for each person by way of bribe. The salary of a Ghat customs dheroga is only 15 rupees but they earn 200 to 300 rupees by way of these bribes.”

Image:
Photograph of Indian architecture and temples on the bank of river Ganga by Samuel Bourne, in Varanasi, 1863-1866.

Prince of Wales visiting the Monkey Temple, Benares," from The Graphic, 1876;

What is name of that temple?