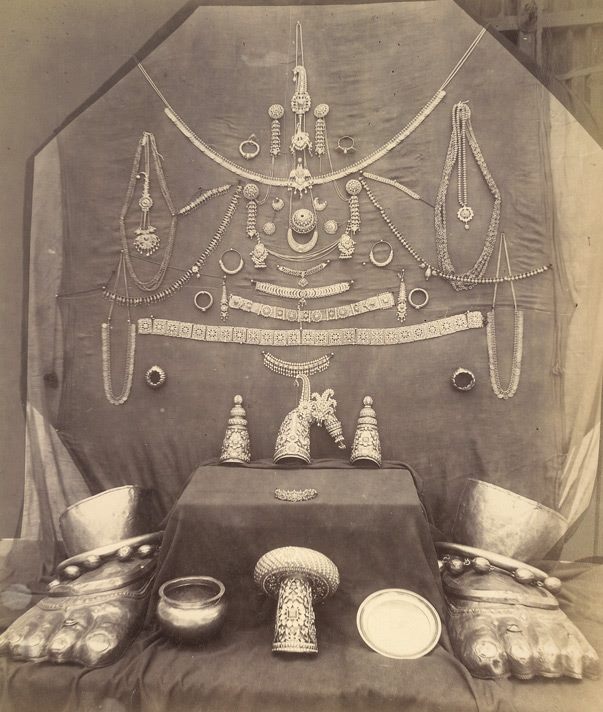 Temple jewellery from the Ranganatha Temple at Srirangam - 1895

Photograph of an arrangement of temple jewellery from the Ranganatha Temple at Srirangam, from the Archaeological Survey of India Collections: Madras, 1896-98. The Ranganatha Temple is one of the largest and most sacred complexes in South India. This Vaishnava temple is situated on the holy island of Srirangam in the Cauvery River. The building of the temple started in the Chola period but most of the works were carried out from the 13th to the 17th century under the patronage of the Pandya, Hoysala, Vijayanagara and Nayaka rulers. The temple covers an area of 631,000 sq.mtr. divided into 7 concentric enclosures with tall gateways or gopuras in the middle of four sides. This photograph shows a part of the vast amounts of jewellery the temple received as donations from devotees. These were placed on temple idols on special occasions such as religious festivals.

Rit nw were is this jewellery

The golden pot to spit supari...