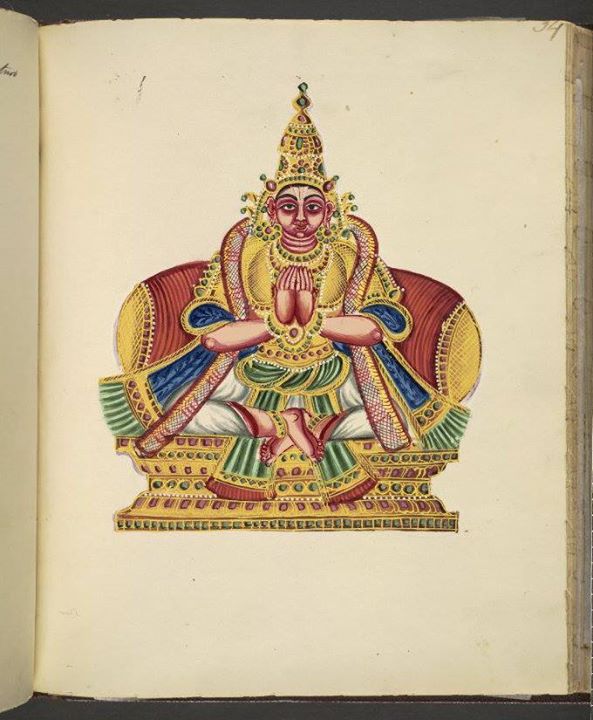 Image:
Gouache painting on paper, part of an album of seventy paintings of Indian deities. Emparumanar, another name for the philosopher saint Ramanuja, sits cross-legged on a throne with his hands folded in anjali mudra. A namam is drawn on his forehead, and a garland hangs around his shoulders.