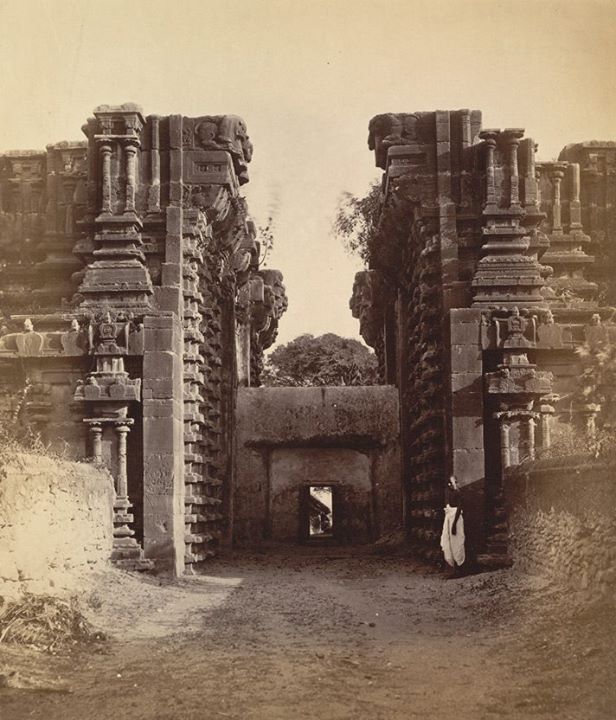 View of the interior of the south gopura of the Ramalingeshwara Temple, Rameswaram - 1882

Photograph of the south gopura of the Ramalingeshvara Temple at Rameswaram in Tamil Nadu, taken by Nicholas and Company in c.1882, from the Archaeological Survey of India Collections. This temple complex is situated on the sacred Hindu island of Rameswaram, connected to the mainland by a causeway. The site is believed to be related to the story of Rama of the Ramayana epic. It was founded during the Chola period but belongs mostly to the Nayaka period of the 17th and 18th centuries. The complex is contained within high walls entered through towered gopuras, or gateways, in the middle of the north, south and west sides. These gateways lead to a long colonnade that surrounds the intermediate enclosure. This photograph shows the roadway between the two sections of the unfinished south gopura.

The complex of the Ramalingeshvara temple is built on the sacred Hindu island of Rameshwaram which is linked to the story of Rama narrated in the Ramayana. The temple was founded in the Chola period but it mostly belongs to the Nayaka period, 17th - 18th century, and is situated in a walled enclosure with tall gateways or gopuras in the middle of three sides. This view shows the interior of the south gopura.