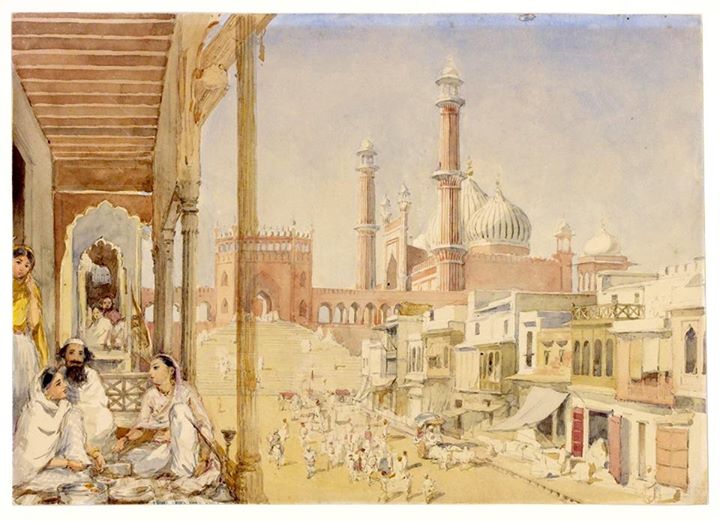 Ghulam Ahmad went to Delhi, which was at the time considered a centre of religious learning and home to many prominent religious leaders, in 1891, with the intention of distinguishing what he believed to be the truth from falsehood. He published an advertisement in which he invited the scholars to accept his claim and to engage in a public debate with him regarding the life and death of Isa (Jesus), particularly Maulana Syed Nazeer Husain (1805–1901), who was a leading religious scholar. He also proposed three conditions that were essential for such a debate: that there should be a police presence to maintain peace, the debate should be in written form (for the purpose of recording what was said), and that the debate should be on the subject of the death of Jesus.

Eventually, it was settled, and Ghulam Ahmad travelled to the Jama Masjid Delhi (main mosque) of Delhi accompanied by twelve of his followers, where some 5,000 people were gathered. Before the debate started, there was a discussion on the conditions, which led to the conclusion that the debate should not be upon the death of Jesus, but upon the claims of Mirza Ghulam Ahmad. He explained that his claim could only be discussed after the death of Jesus was proven, for Jesus was considered by many to be living and the one who will descend to Earth himself. Only when this belief was refuted could his claim to be the Messiah be discussed.

Upon this, there was a clamour among the crowds, and Mirza Ghulam Ahmad was informed that the other party alleged that he was at odds with Islamic beliefs and was a disbeliever; therefore, it was not proper to debate with him unless he clarified his beliefs. Ghulam Ahmad wrote his beliefs on a piece of paper and had it read aloud, but due to the clamour among the people, it could not be heard. Seeing that the crowd was drifting out of control and that violence was imminent, the police superintendent gave orders to disperse the audience, and the debate did not take place. A few days later, however, a written debate did take place between Mirza Ghulam Ahmad and Maulwi Muhammad Bashir of Bhopal, which was later published.

Ghulam Ahmad is known to have travelled extensively across Northern India during this period of his life and to have held various debates with influential religious leaders.

Ghulam Ahmad published a book called The Heavenly Decree, in which he challenged his opponents to a "spiritual duel" in which the question of whether someone was a Muslim or not would be settled by God based on the four criteria laid out in the Qur'an, namely, that a perfect believer will frequently receive glad tidings from God, that he will be given awareness about hidden matters and events of the future from God, that most of his prayers will be fulfilled and that he will exceed others in understanding novel finer points, subtleties and deeper meanings of the Qur'an.
- Wiki

This painting by William Carpenter (1818-1899) shows a view of the Jami Masjid in Delhi as seen from the upstairs balcony of a grand house, which overlooks the street leading to the north entrance. Members of the Muslim household are seen taking refreshments on the carved wooden balcony. The Jami Masjid is India's largest mosque and was built between 1644 and 1656 during the reign of the Mughal Emperor Shah Jahan.

I doubt if anyone nowadays can debate freely on religion and its practices, in any country.... but yes India was such a place in past...