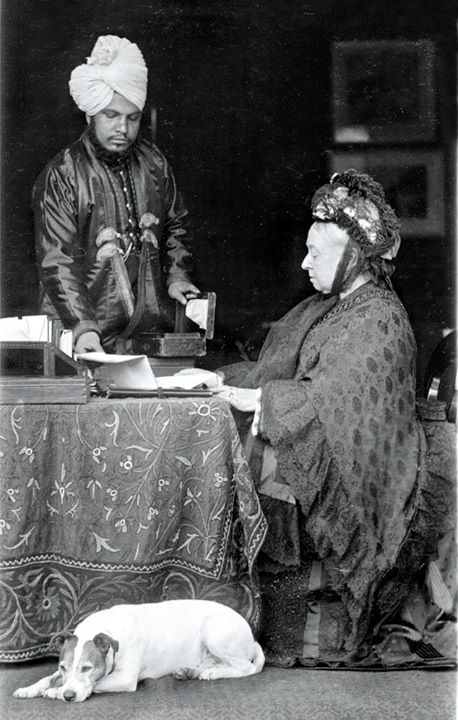 Digital Rare Book :
The Economic History of India under early British Rule - From the rise of the British power in 1757 to the accession of Queen Victoria in 1837.
By Romesh Chunder Dutt
Published by Kegan Paul, Trench, Trubner & Co., London - 1916

Excellent works on the military and political transactions of the British in India have been written by eminent historians. No history of the people of India, of their trades, industries, and agriculture, and of their economic condition under British administration, has yet been compiled.

Recent famines in India have attracted attention to this very important subject, and there is a general and widespread desire to understand the condition of the Indian people, the sources of their wealth and the causes of their poverty. A brief Economic History of British India is therefore needed at the present time.

Englishmen can look back on their work in India, if not with unalloyed satisfaction, at least with some legitimate pride. They have conferred on the people of India what is the greatest human blessing 'Peace'. They have introduced Western Education, bringing an ancient and civilised nation in touch with modern thought, modern sciences, modern institutions and life. They have built up an Administration which, though it requires reform with the progress of the times, is yet strong and efficacious. They have framed wise laws, and have established Courts of Justice, the purity of which is as absolute as in any country on the face of the earth. These are results which no honest critic of British work in India regards without high admiration.

On the other hand, no open-minded Englishman contemplate the material condition of the people of India under British rule with equal satisfaction. The poverty of the Indian population at the present day is unparalleled in any civilised country; the famines which have desolated India within the last quarter of the nineteenth century are unexampled in their extent and intensity in the history of ancient or modern times. By a moderate calculation, the famines of 1877 and 1878, of 1889 and 1892, of 1897 and 1900, have carried off fifteen millions of people. The population of a faired-sized European country has been swept away from India within twenty- five years. A population equal to half of that of England has perished in India within a period which men and women, still in middle age, can remember.

What are the causes of this intense poverty and these repeated famines in India ? Superficial explanations have been offered one after another, and have been rejected on close examination. It was said that the population increased rapidly in India, and that such increase must necessarily lead to famines ; it is found on inquiry that the population has never increased in India at the rate of England, and that during the last ten years it has altogether ceased to increase. It was said that the Indian cultivators were careless and improvident, and that those who did not know how to save when there was plenty, must perish when there was want ; but it is known to men who have lived all their lives among these cultivators, that there is not a more abstemious, a more thrifty, a more frugal race of peasantry on earth. It was said that the Indian money-lender was the bane of India, and by his fraud and extortion kept the tillers of the soil in a chronic state of indebtedness; but the inquiries of the latest Famine Commission have revealed that the cultivators of India are forced under the thraldom of money-lenders by the rigidity of the Government revenue demand. It was said that in a country where the people depended almost entirely on their crops, they must starve when the crops failed in years of drought ; but the crops in India, as a whole, have never failed, there has
never been a single year when the food supply of the country was insufficient for the people, and there must be something wrong, when failure in a single province brings on a famine, and the people are unable to buy their supplies from neighbouring provinces rich in harvests.

Deep down under all these superficial explanations we must seek for the true causes of Indian poverty and Indian famines. The economic laws which operate in India are the same as in other countries of the world ; the causes which lead to wealth among other nations lead to prosperity in India ; the causes which impoverish other nations impoverish the people of India. Therefore, the line of inquiry which the economist will pursue in respect of India is the same which he adopts in inquiring into the wealth or poverty of other nations. Does agriculture flourish ? Are industries and manufactures in a prosperous condition ? Are the finances properly administered, so as to bring back to the people an adequate return for the taxes paid by them ? Are the sources of national wealth widened by a Government anxious for the material welfare of the people ? These are questions which the average Englishman asks himself when inquiring into the economic condition of any country in the world ; these are questions which he will ask himself in order to ascertain the truth about India.

It is, unfortunately, a fact which no well-informed Indian official will ignore, that, in many ways, the sources of national wealth in India have been narrowed under British rule. India in the eighteenth century was a great manufacturing as well as a great agricultural country, and the products of the Indian loom supplied the markets of Asia and of Europe. It is, unfortunately, true that the East Indian Com pany and the British Parliament, following the selfish commercial policy of a hundred years ago, discouraged Indian manufacturers in the early years of British rule in order to encourage the rising manufactures of England. Their fiiad policy, pursued during the last decades of the eighteenth century and the first decades of the nineteenth, was to make India subservient to the industries of Great Britain, and to make the Indian people grow raw produce only, in order to supply material for the looms and manufactories of Great Britain. This policy was pursued with unwavering resolution and with fatal success; orders were sent out, to force Indian artisans to work in the Company's factories ; commercial residents were legally vested with extensive powers over villages and communities of Indian weavers ; prohibitive tariffs excluded Indian silk and cotton goods from England ; English goods were admitted into India free of duty or on payment of a nominal duty.

The British manufacturer, in the words of the historian, H. H. Wilson, " employed the arm of political injustice to keep down and ultimately strangle a competitor with whom he could not have contended on equal terms ; " millions of Indian artisans lost their earnings ; the population of India lost one great source of their wealth. It is a painful episode in the history of British rule in India ; but it is a story which has to be told to explain the economic condition of the Indian people, and their present helpless dependence on agriculture. The invention of the power-loom in Europe completed the decline of the Indian industries; and when in recent years the power-loom was set up in India, England once more acted towards India with unfair jealousy. An excise duty has been imposed on the production of cotton fabrics in India which disables the Indian manufacturer from competing with the manufacturer of Japan and China, and which stifles the new steam-mills of India.

Image:
Queen Victoria at her desk, assisted by Abdul Karim in 1885

Abdul was Indian,queen enjoyed great pride in being served by Indians even her royal court was architectural duplicate of Indian court.It was pride of queen to had a colony like India.

It does not get any better than a photo of the queen with her Urdu teacher and a TERRIER DOG.

Mr. Durgesh do you remember this in one of our conversations about accession of 1837. .go through it, and we would carry on later !!