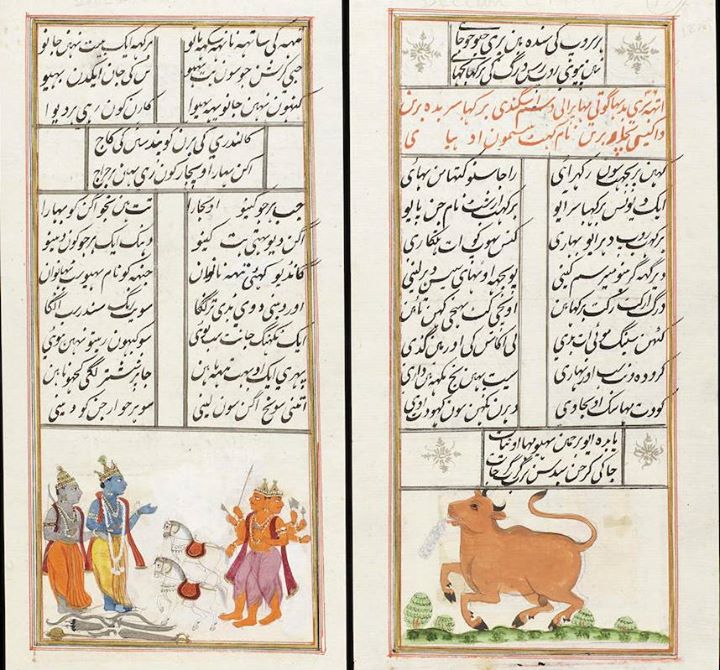 Persian manuscript on paper, one and two columns of text in nasta'liq script in black ink with one heading in red, intercolumnar rules in black, inner margins ruled in colours and gold, probably trimmed from slightly larger leaves, illustrations recto and verso on each leaf in gouache and gold, depicting a) recto, a bull.

From what I can read the language is not Persian but the old Hindi spoken in the UP belt. .

I agree with Mahmood Shah; the letters are in Farsi but not sure what language the scripture is?