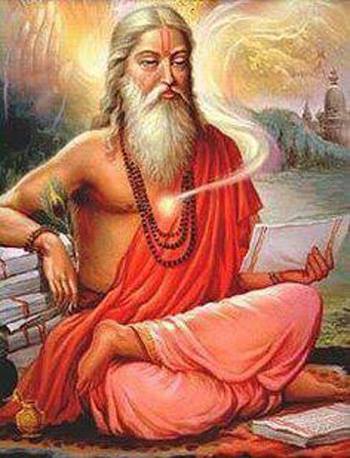 the Vākyapadīya, on Sanskrit grammar and linguistic philosophy, a foundational text in the Indian grammatical tradition, explaining numerous theories on the word and on the sentence, including theories which came to be known under the name of Sphoṭa; in this work Bhartrhari also discussed logical problems such as the liar paradox and a paradox of unnameability or unsignfiability which has become known as Bhartrhari's paradox, and

the Śatakatraya, a work of Sanskrit poetry, comprising three collections of about 100 stanzas each; it may or may not be by the same author who composed the two mentioned grammatical works.

In the medieval tradition of Indian scholarship, it was assumed that both texts were written by the same person. Modern philologists were sceptical of this claim, owing to an argument that dated the grammar to a date subsequent to the poetry. Since the 1990s, however, scholars have agreed that both works may indeed have been contemporary, in which case it is plausible that there was only one Bhartrihari who wrote both texts.[citation needed]

Both the grammar and the poetic works had an enormous influence in their respective fields. The grammar in particular, takes a holistic view of language, countering the compositionality position of the Mimamsakas and others.

The poetry constitute short verses, collected into three centuries of about a hundred poems each. Each century deals with a different rasa or aesthetic mood; on the whole his poetic work has been very highly regarded both within the tradition and by modern scholarship.

The name Bhartrihari is also sometimes associated with Bhartrihari traya Shataka, the legendary king of Ujjaini in the 1st century.

There were two Bhartiharis in ancient India... One was King Bhartrihari who was also a poet and writer. The another Bhatrihari was mainly a decorative (alankaarik) litterateur or Sphoṭa linguistic as mentioned in the above text.

Thank you for sharing such wonderful books!

The Great Natha Siddhas Satakas of Bhartrihari translated in by B. Hale Wortham"