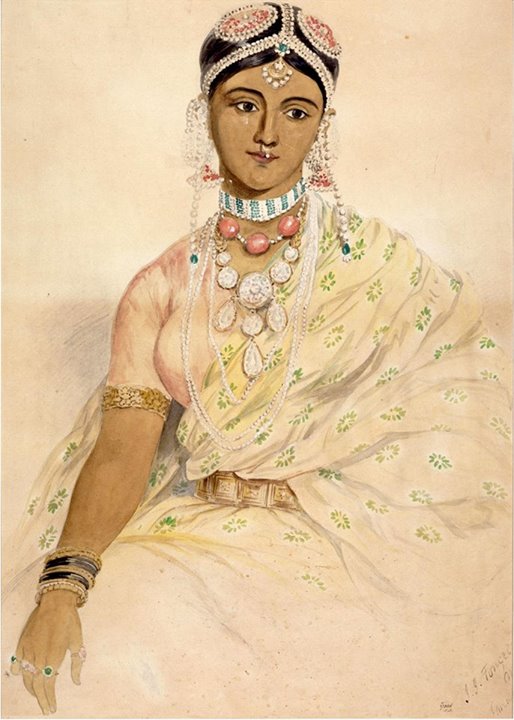 Digital Rare Book:
Intimate glimpses of life in India; a narrative of observations, educational, social and religious, in the winter of 1899-1900
By George Trumbull Ladd (1842-1921)
Published by Richard G. Badger, Boston - 1919

Little is known about this artist other than that on 11 July 1849 he married an Anne Meppen, by whom he had four children. Fonçeca is a variant of the Portuguese name Fonseca and is common in Madras.

I wish I could buy this as a sa painting for my living room.