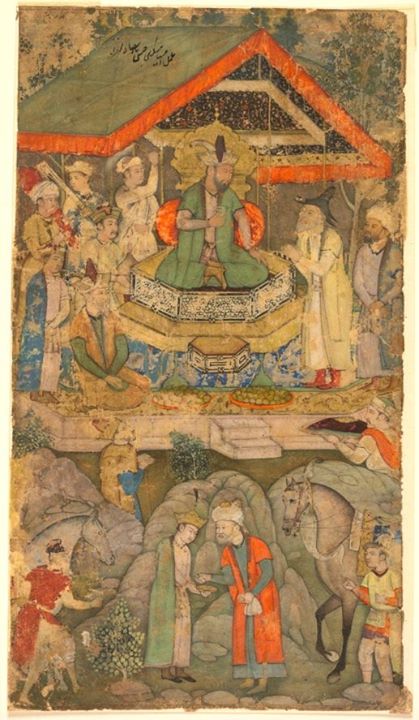 Humayun, the second Mughal emperor of India, son of Babur and father of Akbar, is enthroned in an outdoor royal encampment. The scene recalls Humayun’s 15 years of exile between 1540 and 1555, many of which he spent traveling through Pakistan, Afghanistan, and Iran, after an Afghan rebel ousted him from India.

I would write what is now Pakistan.

How could he wander through Pakistan in the 16th Century?

Can you imagine traveling through what is now Pakistan, Afghanistan & Iran as a wealthy, powerful man? How amazing that part of the world must have been in the 16th century