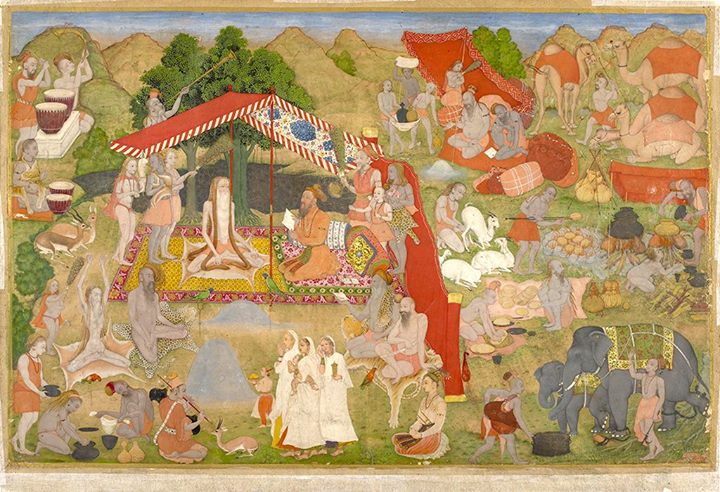 Mughals visit an Encampment of "Sadhus," from the St. Petersburg Album

when kings became kings after procuring blessings of sufis and sadhus and continued visiting them, so what is a change, if the among st these king makers, one has become a king. why to create so much commotion!!! time is a cycle.