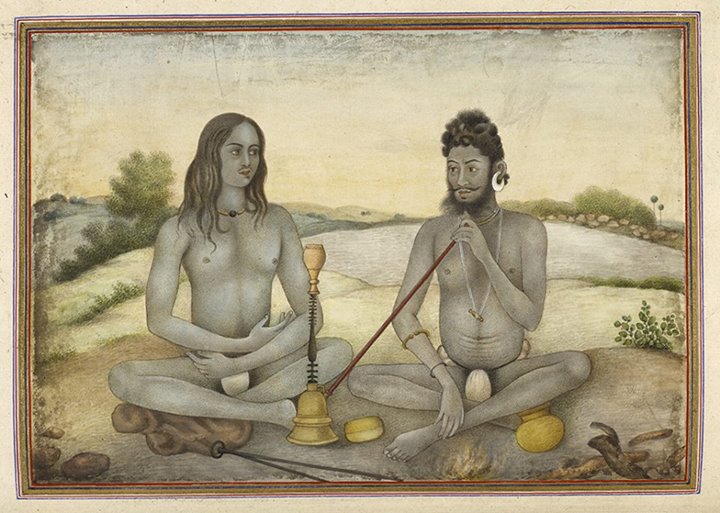 Guru Gorakshanath (also known as Gorakhnath; estimated c. early 11th century) was an influential founder of the Nath Hindu monastic movement in India. He is considered as one of the two notable disciples of Matsyendranath. His followers are found in India's Himalayan states, the western and central states and the Gangetic plains as well as in Nepal. These followers are called yogis, Gorakhnathi, Darshani or Kanphata.
The details of his biography are unknown and disputed. Hagiographies describe him as more than a human teacher and someone outside of laws of time who appeared on earth in different ages. Historians state Gorakshanath lived sometime during the first half of the 2nd millennium CE, but they disagree in which century. Estimates based on archaeology and text range from Briggs' 11th- to 12th-century to Grierson's estimate of the 14th-century.

Gorakshanath is considered a Maha-yogi (or great yogi) in the Hindu tradition. He did not emphasize a specific metaphysical theory or a particular Truth, but emphasized that the search for Truth and spiritual life is valuable and a normal goal of man. Gorakshanath championed Yoga, spiritual discipline and an ethical life of self determination as a means to reaching samadhi and one's own spiritual truths. His followers are also famous for having been part of the warrior ascetic movement since the 14th-century, to militarily resist persecution against the Islamic and British colonial rule, developing martial arts and targeted response against high officials.

Credit: The British Library Board,

books mentioned as published in the above e book on page 3 or 4, if possible, may kindly be made available.

Oh the innocuous mention of the Nath tradition - and what a timing ;-) ?

At first look, I thought they were wearing metal chastity belts. But since those usually use a chain around the waist, maybe not. Chastity belts are worn as a 12 years tapasya. Seldom seen these days. I have seen sadhus wearing them & combining it with a 12 year vow of silence.

I happen to have this book, and it is unreadable and boring. I jumped on it as I am an avid Yogi, but this book goes on documenting tedious information. So it is lying half read, maybe I find the second half of the book better.

The new UP CM Adityanath is an adherent of this sect.

thanks for the books...have been looking for these...

Thanks once again for these gems.

Thanks a lot for ebook Nalin Chauhan