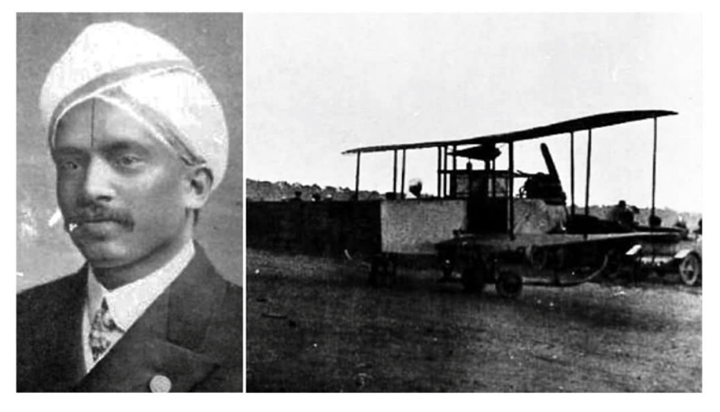 Did you know that India’s first aviator was from Mysore?

In this article, Dr. Anantha Krishnan M. throws light on the contributions of Prof. Venkata Subba Setti who has been featured in ‘Modern Review’ magazine in 1912 under the title: ‘The First Indian Aviator.’

Till a few years back, Jehangir Ratanji Dadabhoy Tata, more famously known as JRD Tata, was reckoned to be the first aviator from and of India. However, there has been another claimant to bag the distinction of being India’s first aviator and this man was from Mysore. He is Prof. Venkata Subba Setti, born in Shivarampet.

Prof. Setti’s great grandson G.N. Jayaprakash is a scientist with Gas Turbine Research Establishment in Bengaluru. Records provided by Jayaprakash show that Prof. Setti was born on December 28, 1879. “Prof. Setti was involved in the design of Avro-504, the first trainer aircraft of the world in 1912 and later flown it for the first time in 1913,” says Jayaprakash. He got a Technical Scholarship from Maharaja of Mysore.

Prof. Setti did his education at Wesleyan Mission High School, Mysore and later passed matriculation from Madras University in 1896. With a Technical Scholarship from the then Maharaja of Mysore, he did his further education at Madras Engineering College and Thomson Engineering College, Roorkee. Later he joined the Mysore State Government as a probationary sub-assistant engineer in 1906 and served for two years before heading to England on a scholarship in 1909. Prof. Setti chased his passion for planes in England and joined A.V. Roe and Co (Avro) in 1911.

Prof. Setti was featured in the popular ‘Modern Review’ magazine in 1912 with the title: ‘The First Indian Aviator.’ He was also a recipient of a specially-minted medal from Messrs A.V. Roe & Co. The Company described the ace plane-maker from India as “persevering, industrious and an expert in matters of aviation.”

Jayaprakash is in possession of an appreciation letter from Avro (dated March 12, 1912) sent to Prof. Setti. The letter terms Prof. Setti as an expert who was good at tuning plane engines in addition to designing them.

Prof. Setti must have been inspired watching first Aeroplane flight in Bangalore.The poster announcing the upcoming flying event in Bangalore, which recalls in Urdu the popularly known legend in the Sacred Vedas that says that “the end of things mundane” will take place a thousand years after man first flies.

The flights of the Farman, however, were put to an end when the engine backfired and ignited some of the petrol that had dripped on the aeroplane’s lower wing. Luckily, there was plenty of sand available from the golf course at Tollygunj Club and the fires were extinguished before any serious damage took place. Repairs were accomplished in the days afterward. Following this successful showing at Calcutta, during which the police could not handle the crowds, the flyers continued on to Bangalore where they flew on February 3, 1911. Arrangements there were improved and the military made a strong showing to ensure that the crowds did not again get out of hand. This time, however, few attended as many were willing to pay to enter the grounds and see the flights. As Ernest Esdaile noted, “Natives and Europeans soon got scent that once up in the air and the aeroplane could be seen just as easily sans payment.” Nonetheless, the Maharajah of Mysore took a personal interest and made a donation to encourage aviation. They continued on and made a flight at Hyderabad and at Madras on February 18, 1911, before the aviators returned to Europe. It seemed that finally aviation in India had taken off.