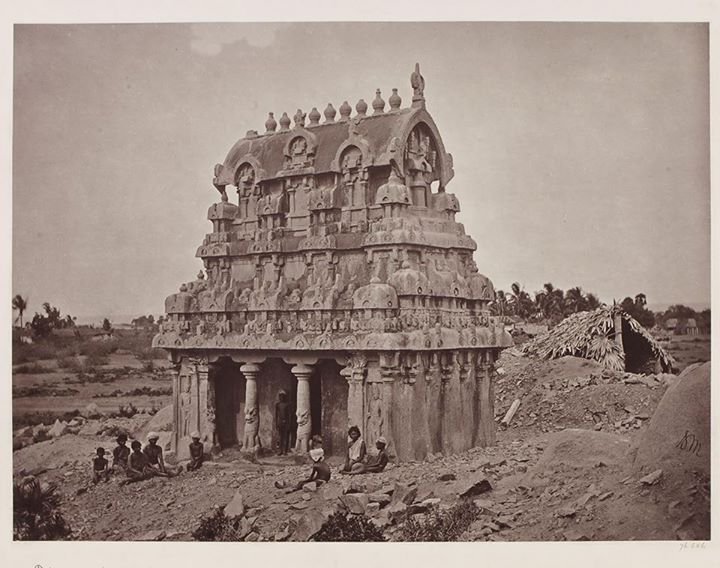 Digital Rare Book:
The Pallavas
By Gabriel Jouveau Dubreuil
Translated from the French by V.S.Swaminadha Dikshitar
Published by The Author, Pondicherry - 1917

Albumen print. This image represents Puliyar Rath, one of the free standing cave sancturies at the southern end of the site of Mahabalipuram, founded by the ruling Pallava Kings between the 7th-8th century. The caves are well known for their variety of 'rathas': temples in the form of chariots, large open air sculptures and in particular the Shore temple, built to honour Lord Shiva. Overall the site is recognised as one of the greatest sculptural achievements in India.

Superb books and appreciation for the effort to bring it here.

Unfortunately we haven't taken care of our place of heritage at Mahabalipuram in Tamil Nadu. It is not what it used to be like years ago.

I downloaded book in pdf. Some pages are empty. Even if try to study online some pages are can't able to see.