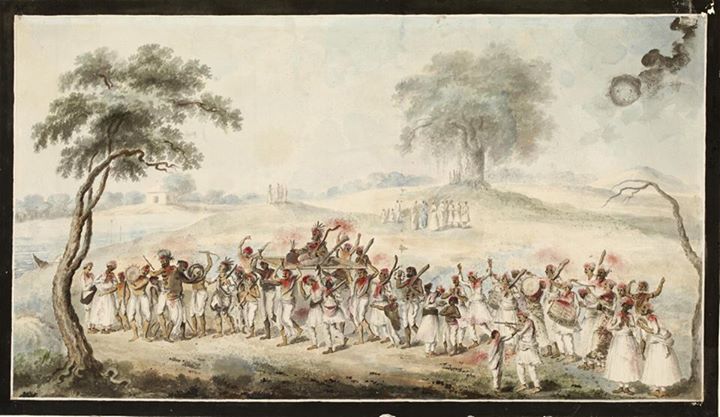 The Holi festival : men daubed with red powder proceed, dancing, singing and drumming towards a tank. In the centre, a man is being carried on a litter. Bystanders include ascetics and sweetmeat sellers. One of nine drawings depicting a durbar at the Murshidabad court and various Hindu and Muslim festivals and religious scenes.