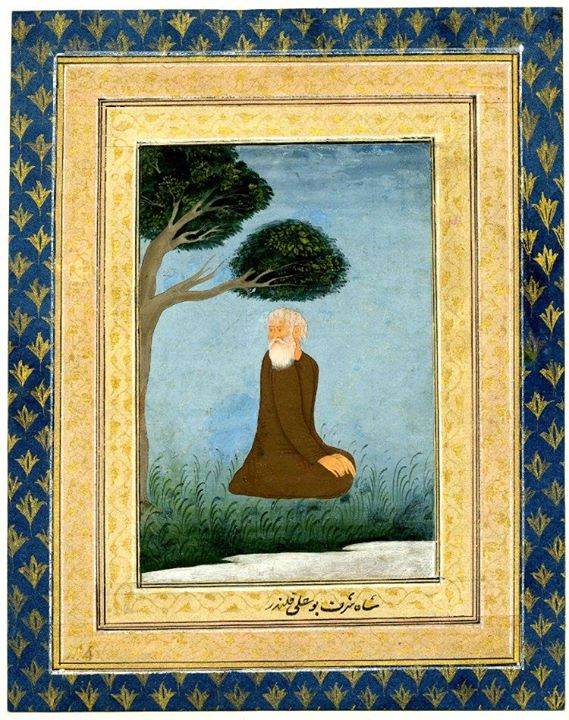 A seated portrait of the Sufi saint Sharaf BuÊ¿Ali Qalandar

Shaikh Sharafuddeen Bu Ali Qalandar Panipati also called Bu Ali Qalandar (1209-1324 CE probably born at Panipat, Haryana) in India was a Sufi saint of the ChishtÄ« Order who lived and taught in India. His dargah (mausoleum) in the town of Panipat is a place of pilgrimage.

His real name was Shaykh Sharfuddin but he is famous by the title Bu Ali Shah. His father, Shaykh Fakhar Uddin was a great scholar and saint of his time. He completed his studies at an early age and subsequently taught near the Qutub Minar in Delhi for 20 years. He published a collection of Persian poetry by the name of " Diwan Hazrat Sharafuddeen Bu Ali Qalandar" which was later translated by Khawaja Shahudin in Punjabi. It's a great Sufi work in Persian language. Some other famous Qalandars include Lal Shahbaz Qalandar and Shams Ali Qalandar.