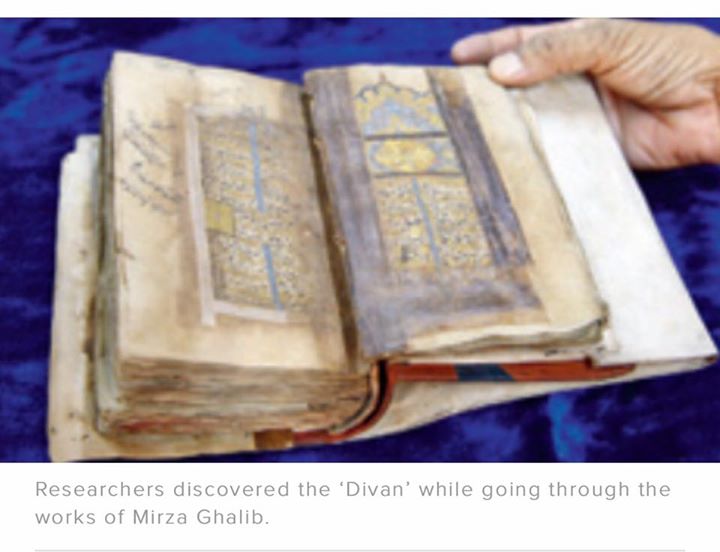 KOLKATA: He expressed the spiritual experiences of a mystic, in love with his beloved. In his own enchanting way , he wove themes of ambiguity into his poems. "A poet for the poets", Hafiz immortalised words intimate, playful and hopefully real.

Now, nearly 700 years after the Persian poet's death, Asiatic Society has stumbled upon his handwritten manuscript -the 'Divan-i-Hafiz' -which is one of the very few such surviving manuscripts in the world. If that was not enough, the manuscript also contains an unpublished ghazal.

The news has sent the rich world of Persian literature into a tizzy and many scholars were recently in the city to catch a glimpse of the ma nuscript and take a closer look at its lines.
Apart from the beautiful calligraphy , the manuscript bears the signature of Shah Jahanand his gold insignia. Hafiz lived and wrote much before the time of Shah Jahan, but the insignia means that the manuscript had landed in the Mughal emperor's library , scholars said.

Asiatic Society has proudly displayed the manuscript in its museum, though it will not be kept in the open for long, considering its antique value and fragile condition.