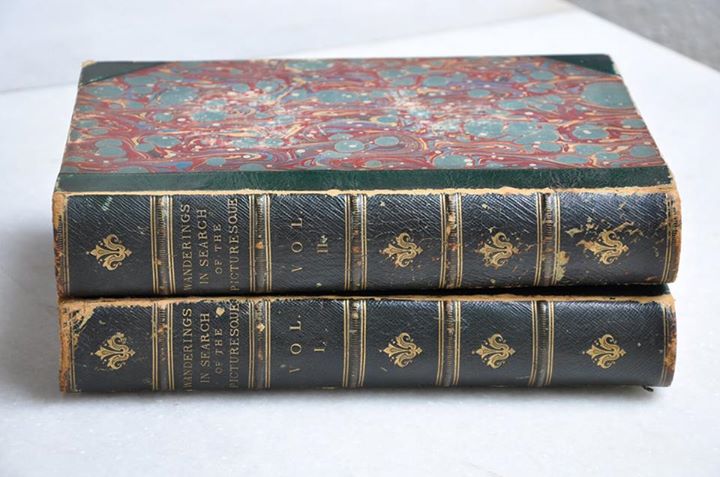 What is a Rare Book?
The Six Criteria of Rarity in Antiquarian Books
by Jeremy M. Norman

As an antiquarian bookseller, I am frequently asked to define â€œantiquarianâ€ or â€œrareâ€ books. To some extent these two relatively vague but omnipresent terms are used interchangeably in the trade. Nevertheless, they have subtly different connotations. Antiquarian, like antique, suggests something both old and collectible; that is, a book one would want to preserve both for its age alone and also for its intrinsic interest as an object. The term â€œantiquarianâ€ encompasses the ordinary second-hand book. By contrast, the term â€œrareâ€ connotes something definitely valuable. How do we define the special category of antiquarian books called rare books?

To be valuable in the market place and thus command a premium price, a book must satisfy at least one, and usually more, of six criteria. First is scarcity of copies. Books printed in editions of 25,000 copies or more usually do not become rare. On the other hand we can all think of family memoirs privately printed in editions of perhaps a dozen or fewer copies for distribution to family members. Most of these extremely scarce books have no interest whatsoever to anyone outside of the families concerned, and are frequently close to worthless unless they concern a figure of historic importance.

Scarcity by itself is thus not usually enough to make a book rare, but should such privately printed memoirs directly concern the childhood of a president of the United States, for example, the memoirs would also fulfill the second of the five criteria, namely what I call substantive importance, or the significance of the bookâ€™s contents. The book may be a first edition of a classic in English literature, the first account of a historic exploration of part of America, the first account of a major voyage of discovery, or the first publication of a great scientific or medical discovery. First editions are usually the most prized, but significant other editions are also sought, especially those with important revisions by the author, or first English translations of works originally published in other languages.

Without having any substantive importance, a book maybe highly valued by collectors because of its characteristics as a physical object. It may be printed on an exotic paper or perhaps on vellum. Its binding may be a work of art, or its illustrations may be the work of a great artist. Perhaps the book came from the press of a great printer, or was one of the first produced by a new printing process, such as lithography, Linotype or computerized typesetting. The book may be printed in a bizarre typeface or in a peculiar formatâ€”miniature books are a popular example of the latter, and occasionally we have seen triangular books or even round books in spherical bindings which open like the halves of a grapefruit.

Even if a book is unable to meet any of the first four criteria, it still might command a very high price because of the criterion of association. Give me the most common Gideon Bible, of which vast numbers are printed every year, with the authentic signature of T. S. Eliot and his notes in the margins, and I will show you a very rare and valuable book, indeed. Likewise, a 25th printing of Eliotâ€™s Collected Poems, ostensibly worth about $5, could easily be worth more than 100 times that amount if it bore a presentation inscription in Eliotâ€™s hand and an unpublished manuscript poem by Eliot penned on a flyleaf. We always describe significant associations in our catalogue descriptions and you will usually find several important association copies in our rare book catalogues.

Our sixth and last criterion is condition. Many common first editions of 20th century novels clutter up the shelves of Salvation Army bookstores, waiting to be pulped, while a mint copy of such a book in a perfect dust jacket might fetch a spectacularly high price. The point is that many common books are extremely difficult to find in condition fine enough to satisfy the discriminating collector. With truly scarce books which hardly ever appear for sale, one obviously cannot be so discriminating about condition, and our evaluation of condition is made relative to the particular book involved. Even the finest copy of a seventeenth century medical book might have a repaired spine, but few would want such a copy of a book by the 20th century neurosurgeon Harvey Cushing, unless the binding was particularly handsome, or made for presentation, etc. As long as we bear in mind that condition is relative, it must play a prominent role in evaluating the rarity of any book.

These remarks hopefully will suffice as a brief outline of the six criteria by which I believe any rare book may be judged: scarcity, substantive importance, physical characteristics, imprint, association, and condition. All rare books must fulfill at least one of the criteria. Some may fulfill several, or in the exceptional situation, even all six. The six criteria apply as much to the rare medical books in our catalogues as to books on any other subject. One should bear in mind, however, that substantive importance is open to reevaluation over the years. Particularly in literature and art, tastes in collecting are subject to fads and fashionsâ€”what is highly prized today may be passÃ© twenty years from now. Luckily, in the sciences fads and fashions are much more subdued. Because concrete discoveries are involved we can be more objective in identifying the permanent classics in each scientific field. The six criteria of rarity I have outlined here will not help us evaluate the historical significance or substantive importance of the rare medical books described in our catalogues, but once these two criteria have been satisfied, consideration of the other criteria may help us evaluate the desirability of particular books being offered.


Revised and condensed from a speech made at the Rowfant Club of Cleveland on November 10, 1982. Another version of this paper appeared in Nutrition History Notes, no. 15, 1982, published by Vanderbilt Medical Center Library in Nashville.

Can you help me to get a copy of Kali Yuga Raja Vrittant?

Fanny Parks- "Wandering in search of the Picturesque"