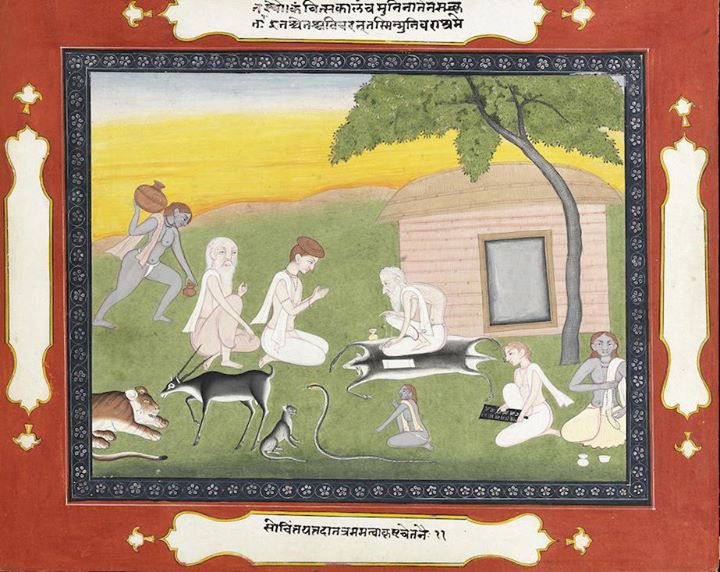 Digital Rare Book:
The Purana text of the dynasties of the Kali Age
By Frederick Eden Pargiter
Published by Humphrey Milford, London - 1918

"Accounts of the dynasties that reigned in India during the Kali age are found in the Matsya, Vayu, Brahmanda, Visnu, Bhagavata, Garuda, and Bhavisya Puranas."

It was F E Pargiter, who introduced the notion of a Synchronism in Indian Historiography, in one of the first such works to appear in a European language, which lent credulity to the Puranic texts, he was the first to analyze them in detail and publish his findings in a book. Even so, Pargiter had fallen prey to the propensity of the colonial overlord to tamper with the data instead of reporting on it in a dispassionate manner with Vairagya and Viveka. In so doing he follows the pattern of British Indian civil servants, whowith literally dozens of domestic servants to relieve them of daily chores and ample time and a security enabled through palatial and sumptuous salaries at the cost of the impoverished Indian, were able to indulge in the favorite pastime of rewriting and reinterpreting Indian History in a form more palatable tothe European audience. But Pargiter exhibits a degree of adherence to the evidence not evident in most other writers from the Occident. Despite his scholarship, the constant contact with Indians who were mostly in a subordinate role and generally obsequious in their behavior to most Occidentals, had taken itstoll on objectivity and there is palpable condescension in the narrative that he spins and like other English historians, he does not seem to have sought the opinion and review of Indic Pundits.The concern about synchronism was a natural one and stemmed from the need for understanding the relationship between various overlapping dynasties that spanned a millennial time frame. Hailing as they did, from a small island, they were not used to seeing the sheer plethora of dynastic families that ruled over the different parts of the subcontinent during the millennia. More importantly, the tendency to disbelieve any dates or the absolute chronology was so strong, that they were looking for external synchronisms, especially with respect to an Occidental. The difficulty was that there was not much of a civilization in the Occident during the millennia prior to 1000 BCE, with the exception of the countries surrounding the eastern Mediterranean. As a result, there is no record that is accessible to us even of travelers from Greece or Babylon during the time frame in question. This is not to say that absence of evidence is evidence of absence. It is just that more work needs to be done to see if there were other travelers to India during the time period under consideration

This is folio 14 from the first book and illustrates the opening of the Bhagavata Purana. When the sages ask Ugrashavas to tell them about Krishna, he starts narrating the Bhagavata Purana to them, at his ashram in the Naimisha forest. Ugrashravas belonged to the suta caste and is believed to be the narrator of several Puranas including the Mahabharata and the Harivamsa.

Has anyone updated or corrected this version after 1927 ??

Pargiter died at Oxford on 18 February 1927 in his seventy-fifth year. In his Ancient Indian Historical Tradition, taking the accession of Chandragupta Maurya in 321 BC as his reference point, Pargiter dated the Battle of Kurukshetra to 950 BC assigning an average of 14.48 years for each king mentioned in the Puranic lists.

I have a latter edition of this book. Will need to look up the year and edit this comment.