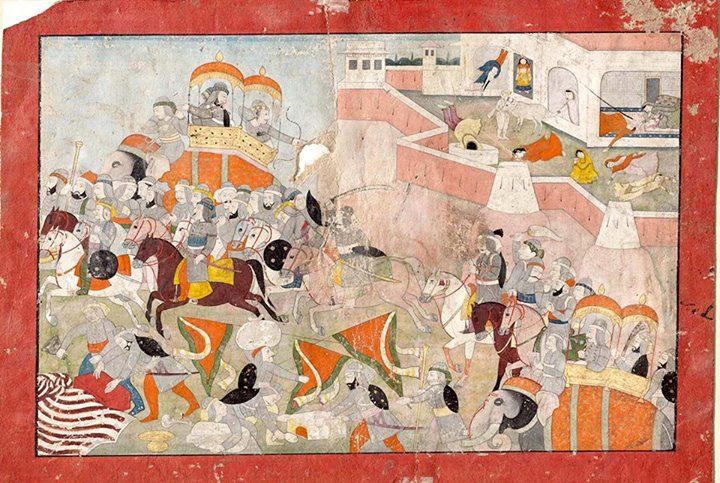 Barani is, no doubt, the doyen of the Indo-Persian historians of medieval India. Born in an aristocratic family and associated with the royal court of Delhi for generations, he was obviously concerned with the fate of the Delhi Sultanate. He seems to have believed that it was his duty to present through his Tarikh-i Furuzshahi an intellectual composition for the enlightenment of the ruling elite of his times.

Barani's Tarikh begins with the accession of Sultan Balban to the throne of Delhi in 1266 and comes to a close with the account of first six years of Sultan Firuzshah Tughluq's reign, i.e. the year 1356. Barani's Tarikh is unique to the Persian history writing tradition prevalent till his times. It is for the first time that he tries to analyse the cause and effect of the events and developments taking place in polity and economy. In his account of the economic policies and measures of Alauddin Khalji he provides an analysis with causes and formulation of the policies and their impacts. Barani also elaborates the purpose of writing history in explicit terms:

'The mean, the ignoble, the rude, the uncouth, the lowly, the base, the obscure, the vile, the destitute, the wretched, the low-born and the men of the marketplace, can have no connection or business with History; nor can its pursuit be their profession.

The above-mentioned classes can derive no profit at all by learning the science of History, and it can be of no use to them at any time; for the science of History consists of (the account of) greatness and the description of merits and virtues and glories of the great men of the Faith and State... The

(Pursuit of the) science of History is (indeed) the special preserve of the nobles and the distinguished, the great men and the sons of great men.' Barani also declares that the job of the historian is not only to eulogise the deeds and good works of the rulers but also to present to readers a critical account of the shortcomings and drawbacks of policies. Moreover, the scope of history is considerably widened by Barani with the inclusion of details about the cultural role performed by intellectuals, scholars, poets, and saints. Barani's style of history writing inspired the historians of the subsequent period, many of whom tried to follow his ideas.

Important thing needs to be told is how Hindu kingdoms did not innovate and hence, fell like pack of cards to Malik Kafur's invasions. But the end, there was not a single Hindu kingdom left in India. There was even a Sultanate of Madurai!!

Will give it a read...thanks a ton Sachin :)

Suraj Udgirkar..for ur next writeup may b..

Anyone else love this post as much as I do?