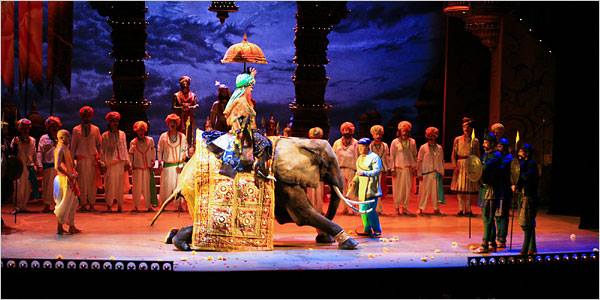 PadmÃ¢vatÃ® is an opera in two acts by the French composer Albert Roussel. The libretto, by Louis Laloy, is based on ThÃ©odore-Marie Pavie's La lÃ©gende de PadmanÃ®, reine de Tchitor, which retells the legend recounted in Malik Muhammad Jayasi's poem Padmavat (1540). It was first performed at the Paris OpÃ©ra on June 1, 1923. Roussel styled the work an opÃ©ra-ballet and there are many dance numbers and opportunities for spectacle. The composer was inspired by his visit to the ruined city of Chittor in Rajastan and he incorporated many features of Indian music into the score.
- Wiki

Watch Philippe Do sing the Brahmin's aria from Rousel's Padmavati: