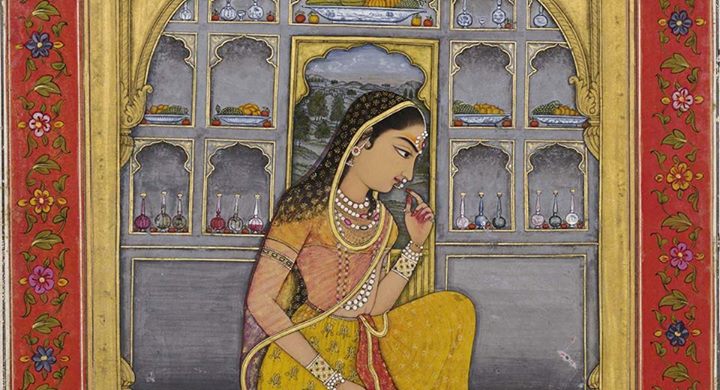 PROLOGUE
Metrical epic on the life of the Rajput heroine, Padmavati was written by Malik Muhammad Jaisi in the 16th century. Mr. (Later Sir) George Grierson, a very distinguished British scholar, began publishing translation of Padmavati in English in collaboration with MM. Pandit Sudhakar Dvivedi, whom he called "my old friend and and colleague" in 1896. Till 1911 some portion was published carrying the Text, Commentary and critical Notes. But the work remained unfinished due to passing away of Pandit Dvivedi.

Shri A. G. Shirreff, I. C. S. in 1938 decided to complete Sir George Grierson's translation of the Padmavati and took his permission, which came readily. I am tempted to quote Shri Shirreff's own words in his introduction to the book: "It was in the hot weather of 1938 that I decided to attempt the task of completing Sir George Grierson's translation of the Padmavati of Malik Mohammad Jaisi. As Commissioner of Fyzabad I had at that time special advantages for the study of the poem. Ramnagar, in the Amethi Estate, where the poet spent the latter part of his life, is in the Sultanpur district of the Fyzabad Division, and is itself is within three miles of its border. This language is the dialect still spoken or/the spot and his imagery is taken from the scenery and life of the countryside. In spite of the lapse of four hundred years there has been no great change in the language or in the way of life of the people, or in their surroundings, and the poet's name and fame still live in local tradition:"

No doubt Shri Shirreff got an unique opportunity of understanding the texts in its local milieu from where these were created. I hope the scholars in the field would be immensely benefit from it.

What's authentication on writers justification , Besides ongoing the storylines...