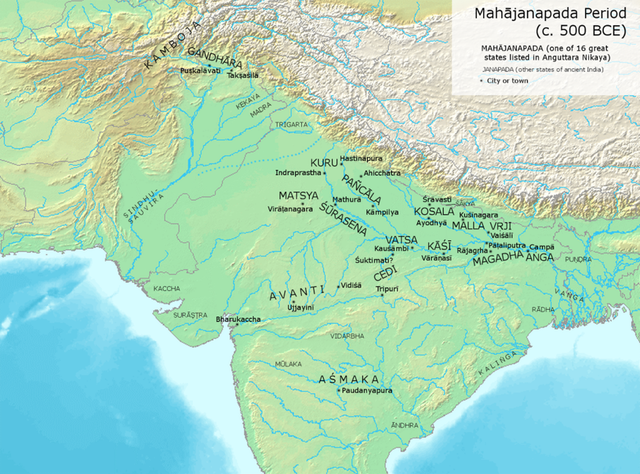 India became a modern republic, a sovereign, democratic republic, in 1950 amidst widespread skepticism about the durability of both democracy and the republican form of government in the country. It is now 2017 and the Indian Republic not only survives but thrives. What explains the durability of the form of government embraced by the country 67 years ago? Many explanations have been offered as to why these two political forms flourished in the fledgling state beset with regional, linguistic, religious and caste conflicts.

This article will explore political formations in ancient India and the extent to which proto-republican states can be said to have existed in ancient India. Can it be that proto republics and ancient forms of democracy were part of an old heritage of Indic civilisation and citizens of modern India simply harked back to an old reality? The focus of this article is republics of ancient India; democracy in ancient India deserves a separate article and will be dealt with here only tangentially.

In searching for the origins of modern democratic and republican systems of governance, historians often tend to look at the republics of Ancient Greece. However, evidence of such republics can also be found, arguably, in other civilisations such as ancient India.

Most of the textual evidence for the existence of these ganas comes from Sanskrit and Pali texts. Apart from Vedic and Pauranic texts, Paniniâ€™s Ashtadhyayi, Kautilyaâ€™s Arthashastra, Greco-Roman descriptions of India during and after the times of Chandragupta Maurya, Buddhist and Jaina works and the Mahabharat offer compelling evidence for these ganas.

These ancient texts are not easy to interpret, which, along with a lack of physical evidence for Vedic kingdoms, makes the task of reaching conclusions on the nature of republicanism in ancient India complicated. However the contours of political history do become clearer and kings and religious teachers mentioned in different texts can be identified as real historical figures as can the different kingdoms around the 6th century BCE. Numismatic evidence can be adduced to bolster the argument for the existence of these kingdoms.

To establish the extent to which the forms of government of some of the mahajanpadas could be considered republics we will look at historiography, evidence of the existence of these ancient kingdoms and the characteristics of their political practices.