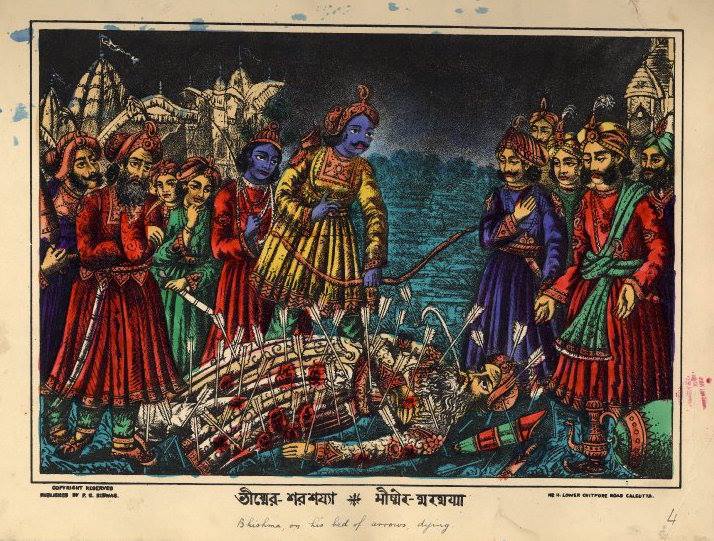 Colour lithograph, lettered, inscribed and numbered 4 depicting a scene from the Mahabharata. Bhisma is lying on a bed of arrows with Arjuna standing next to him with bow drawn and pointed at earth to bring out water for Bhisma, who is pierced by numerous arrows.

Uttarayana is referred to as the day of new good healthy wealthy beginning.

According to Kauravas and Pandavas, in Mahabharata on this day Bheeshma Pitamaha, chose to leave for his heavenly abode. As per the boon granted to Devavrata (young Bheeshma), he could choose his time of death and he chose this day, when the sun starts on its course towards the northern hemisphere.
- Wiki

Statement is not correct. Bhisma wanted water and aryuna standing beside him made a hole on the earth by his arrow. Later water forced out of the earth and entered bhishmas open mouth.