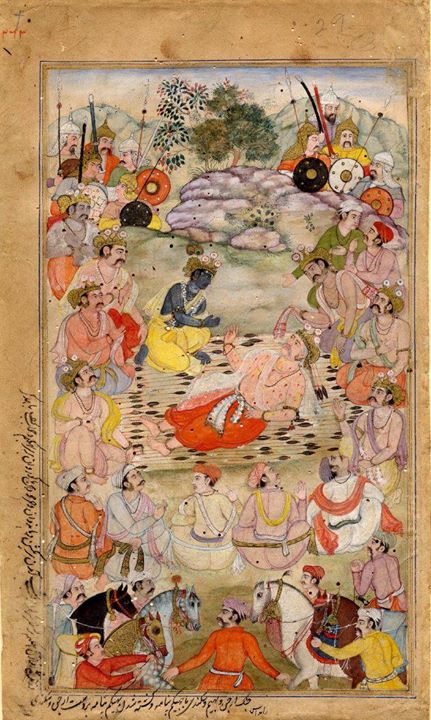 Painting illustrating the death of Kṛṣṇa and the Pandavas visiting the dying Bhishma from the epic Razmnameh. Originally from manuscript Bhishma lies in the centre of the scene surrounded immediately by kneeling attendants, while warriors and horsemen stand in the near distance amidst a rocky landscape. All men express visual concern for Bhishma's awaiting death.

Text appears along the border in the bottom left corner. Painted in opaque watercolours and ink on paper.

Credit: © Trustees of the British Museum