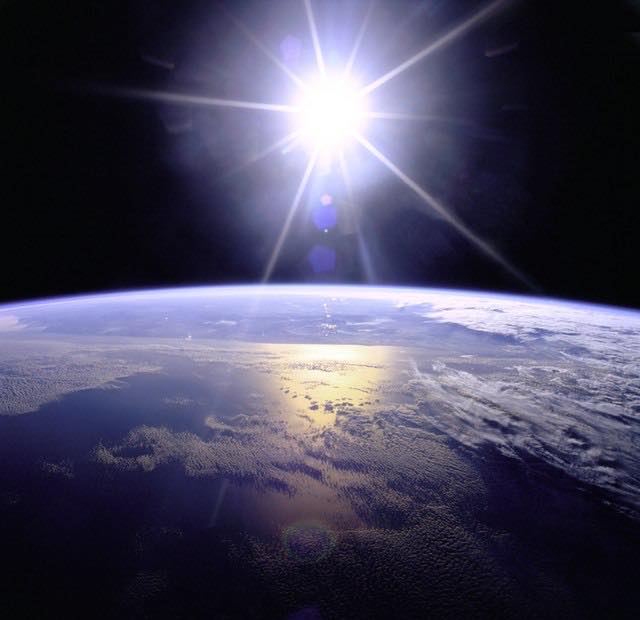 Essay:
When Did We First Celebrate Makar Sankranti?
By Raj Vedam
Swarajya - Jan 13, 2017

The widespread celebration of the Makar Sankranti festival and its many regional variations hint great antiquity. In this article, we will take a journey through time, weaving together history, astronomy, calendars, seasons, agriculture and common customs, to find connections and understand the antiquity of the festival, and as an outcome, we will examine three different synchronisms for Makar Sankranti.

We first discuss points of astronomical significance, to appreciate the antiquity of the festival. As the Earth rotates on its 23.5 degree tilted axis from west to east, it would appear that celestial bodies that rise in the eastern horizon set in the western horizon, except for the stars closer to the celestial North (South) Pole that would appear to circle it.

2. Earth’s annual revolution around the Sun while tilted at 23.5 degrees gives the phenomenon of seasons, due to the changing amounts of sunlight in each hemisphere, in each quarter segment of the revolution.

3. The visible stars are so distant from our solar system that they appear to be fixed with respect to the Earth’s revolution. As the Earth makes progress in its revolution each day, it would appear that the familiar constellations also change in the sky. Thus the constellations that appear in the night sky in a given month will repeat in a year’s time (ignoring the slow effect of precession, discussed in point 7). The situation is analogous to looking outside a train window on a circular track – the same scenery will appear at the same point on the circular track.

4. Due to Earth’s tilt at 23.5 degrees, from an Earth-bound observation point, it would appear that the sunrise is offset by a small amount daily, and reaches a southernmost point – the Winter Solstice, and reverses course, and reaches a northernmost point, the Summer Solstice. Ancient Indians recognized the six-month southern journey of the Sun as Dakshinayana, and the 6-month northern journey as the auspicious Uttarayana. The epic Mahabharata, recounts Bhishma who could control the time of his death, and lay on a bed of arrows, waiting for the start of Uttarayana, for more than 92 days (Nilesh Nilakanth Oak, When Did the Mahabharata War Happen?), hinting ancient observance of the Winter solstice occurrence.

5. Indian astronomical work divided the sky into twenty-seven Nakshatras that each occupies 13 and 1/3 degree segments, approximately the distance traveled by the Moon in a 24 hour period against the fixed stars. Each Nakshatra was identified by the principal stars in that segment of the sky. The Nakshatra model forms part of the earliest corpus of Indian works on astronomy, dating to the Vedic era.

6. In addition to the twenty-seven Nakshatras, ancient Indians also divided the sky into 12 equal parts of thirty degrees each, called the Rashis. While there have been some Western assertions that ancient Indians borrowed the Rashi model from Babylon, Subhash Kak shows otherwise in his book, Astronomical Code of the Rgveda, about the Vedic origin of the Rashis, evolving from the twelve Adityas.

Transition of the Sun into the zodiacal sign of Makara (Capricorn) on its celestial path, which is the first change in the zodiac after the winter solstice. The festival is celebrated in various parts of the Indian subcontinent to observe the day which Pilgrims take Holy Dip in the Bay of Bengal at Sagar Island on Makar Shankranti - 14 January सब तीर्थ बार बार - गंगासागर एक बार

On the same subject I wrote about Makar Sankranti in my blog. There I gave a broad time span 300 BCE-200 CE.

I suffer from the illusion that the Indus-Saraswati era sign pair can be read as Pan Kal or Pan gal which may have designated a feast linked to Makar Sankranti.

What an exhaustive narrative !!

Thanks for the nice write up