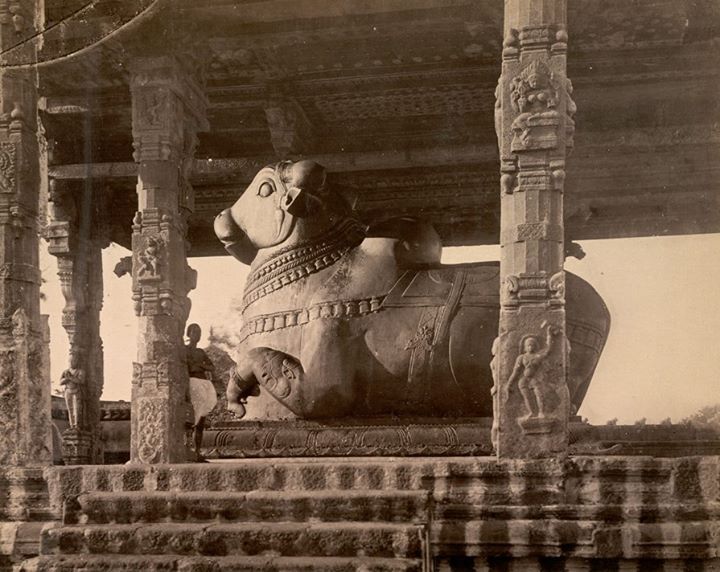 Photograph from the Elgin Collection: 'Autumn Tour 1895. Vol II' of the pavilion with the monolithic bull Nandi in the Brihadishvara Temple complex at Thanjavur, taken by Nicholas and Company in the 1890s. The Brihadishvara Temple built by the Chola king Rajaraja around 1010, is a monumental temple standing in the middle of a large courtyard surrounded by smaller shrines. To the east of the temple there is a 16th century pavilion with a huge monolithic sculpture of Nandi, the white bull sacred to Shiva to whom the temple is dedicated. The shafts of the columns of the pavilion are carved with figures of devotees.

I have a little carved wooden box that is lacquered red on the sides and top of the slide lid. It has a bull just like this on the top, minus the decorative carving. The box seems to have been gilded at some point, but it's almost entirely worn off.