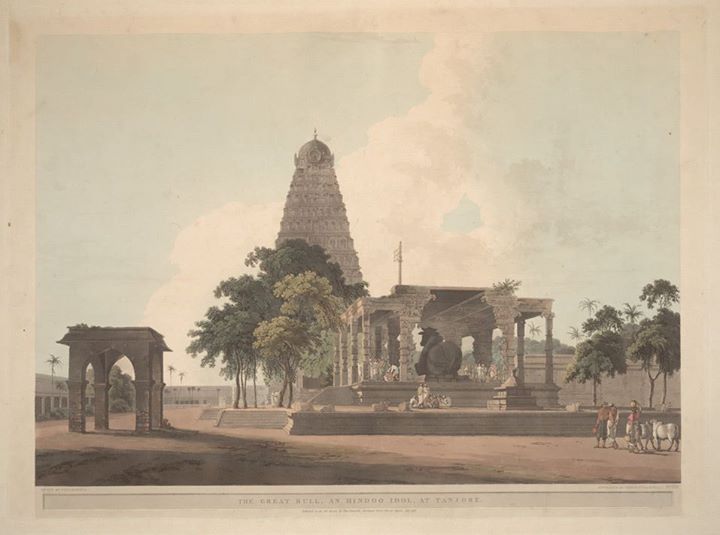 Plate 22 from the second set of Thomas and William Daniell's 'Oriental Scenery'. The Brihadishvara Temple at Thanjavur is the greatest temple of the Chola period. It was patronised by Rajaraja I around AD 1000-10. The pavilion represented in the print was added in front of the temple during the Nayaka period in the 16th century. It shelters a massive monolithic granite image of Nandi, the bull vehicle of the god Shiva. The pavilion has slender columns with carvings of devotees on the shafts.

I love these posts of yours from the "Rare book society.."

I have a few old aquatints done by Daniels.