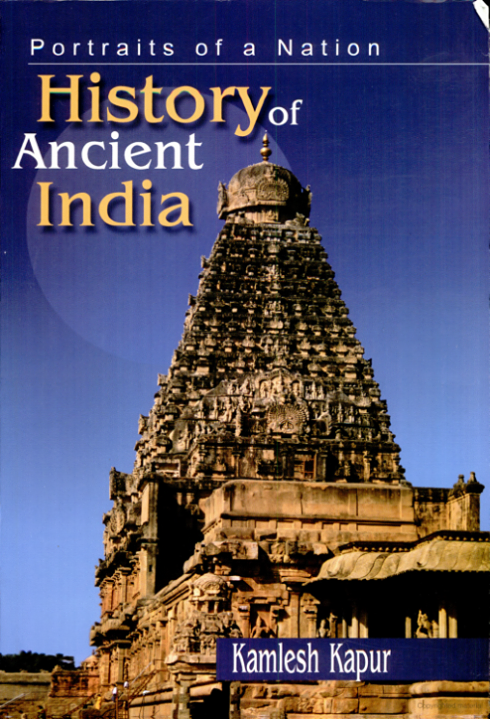 Kamlesh Kapur, an educator and researcher, has a Masters in Economics from Punjab University, and a Masters in Education from St.John`s University, USA. She was among the first twenty women to be directly selected in the Indian Central Services. Kamlesh Kapur has had a long association with secondary school students. For over twenty years she taught World History and Global cultures using various prescribed textbooks. After completing a comprehensive review of the Indian history sections of these textbooks, she found numerous inaccuracies and outdated theories. She spearheaded the movement for correcting the content and developing an appropriate program of study based on recent discoveries emanating from various fields of research. She has a long term commitment for preparing young students for multiethnic demography in all the countries. She has also prepared lessons and techniques for teaching subjects such as Cultural Diversity, Pluralism and Multiculturalism.

Kamlesh Kapur should be complimented for her work on the history of Hindu civilization. 'Portraits of a Nation- History of Ancient India' by Kamlesh Kapur is an overarching portrayal of what India was in ancient times. Giving a global context for the significant events during a time frame of around 6000 BCE to 1000 CE (Common Era), Kamlesh Kapur has highlighted the antiquity and the chronology of history of Bharat, that is India.

This book is a comprehensive overview of about 6000 years of India's history and is a laudable attempt to create an authentic narrative of India's past- significant events, achievements, milestones, upheavals and misfortunes.

This is a textbook and adheres to the standard format of the history textbooks.

Presented in a non invasionist model, this book attempts to reclaim the accurate chronology of Ancient Indian history and is meant for students and general readers alike.

For bringing all types of available evidence to knit the significant events of India's past, Mrs. Kapur has placed this monumental work on a pedestal that hitherto no compiler of Indian history has done.

All of this material is taken from primary sources and from the research material prepared by historians while evaluating multiple sources.

In this book, concerted effort is made to emphasize events which left significant impact on the heritage of mankind and evolution of human civilization. Every attempt is made to reformulate historical information by dropping myths and assumptions used in the last three centuries. This narration attempts to reclaim the accurate chronology of Ancient Indian History.

Knitting the evidence from several different fields of disciplines, social and physical sciences, the book deals with the following issues:

The origin of early civilizations in the subcontinent,
The rise of Agrarian communities and industrialized urban centers,
The development of internal and external trade,
The role played by geography in the emergence of prosperous kingdoms,
The dispersal of people and the homogeneity of Indians over the past 10 millennia,
The role played by the mighty rivers such as Sarasvati river and Cauvery river in supporting prosperous people,
The creativity of the people all over the continent,
The scientific developments and discoveries which laid down the foundations of mankind's progress down the centuries.
Geographical contiguity and the continuity of Indian culture
How the genetic evidence corroborated with archaeological evidences and internal evidence of Vedic and post Vedic literature helped construct a non mythical account of Indian history?

For the first time, the history of Southern India is given alongside the key events in Northern India.

Southern India in the ancient times was neither a mere footnote nor a victim of the aggressors from the north. It preserved the India's heritage both cultural and the civilizational in critical times when northern India was in turmoil and disaster. The architectural monuments of the stature of Hoysaleshwera and Brihdeshwera temples are not found in the central and northern India. What happened to the monuments in Northern India? It is not that these were not built. Kanishka, the Guptas, the Vardhanas and countless other monarchs in Punjab, Utter Pradesh, Bihar and central India built magnificent temples which have been mentioned in the literary accounts of the writers of those times. The relics and partially damaged statues of Deities have been found buried or in the nearby wells.

The history of India has been written and rewritten several times each time with a different context. Historical narratives act as a powerful vehicle of culture and tradition from generation to generation. Therefore it is essential to give an authentic narrative of India's past using all the new evidence which has surfaced through archaeological excavation in the Indus-Sarasvati region.

Researches in the field of ecology, natural history and genetics have given us enough pointers enabling us to write a fairly accurate history of Ancient India. This book ties up all this new evidence with the internal evidence from the literary sources. Dropping up several theories and assumptions, it focuses attention on the contributions of Indian civilization and culture to mankind. It is a comprehensive work highlighting those historical events and developments which left significant impact on the heritage of mankind.

There are many books like this on Ancient History , like AL Basham , Ray Chaudhry , etc any book published in 2010 is not rare .

as anxious as people are to take their interpretations of history from non-historians, I hope they also seek advice on cardiac surgery from their auto mechanic?

Some excerpts from writing will be helpful in judging the veracity , acceptability of the books to readers.

Is this guy an eminent historian or someone worth reading?

This page is full of such ignorant,uneducated opinions.That's not history,which is a social science with specific principles of study and research.I agree with Ed Haynes.Propaganda flaunted as 'history' is truly 'rare'.

My advice would be...read this piece of history book...before u make comments

To read or not heed is a personal choice. But to resist a offering would indicate closed mind. So read it first n decide to accept or reject it - thereafter.

Could you please give the address of Sterling Books