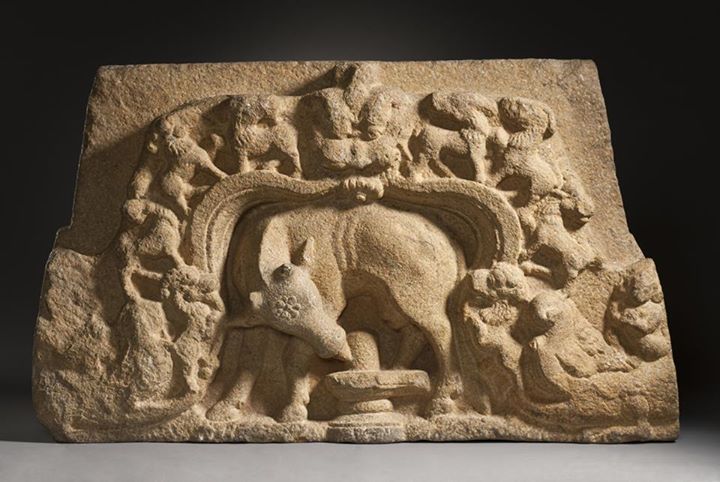 Krishnaswamy Aiyangar was born in the village of Sakkottai near Kumbakonam on 15 April 1871. At the age of eleven, he lost his father. He had his schooling in Kumbakonam and graduated in history from the University of Madras in 1897.In 1899, he obtained his M. A. from the University of Madras and taught as a lecturer at the Central College of Bangalore from 1899 to 1909.

In 1904, he was elected fellow of the Royal Asiatic Society. He was awarded an honorary PhD by the University of Calcutta. In 1928, the title of "Diwan Bahadur" was bestowed upon him.

In 1914, the University of Madras appointed Krishnaswamy Aiyangar to the chair of the Department of Indian history and archaeology.Aiyangar headed the department till 1929.At about the same time, Aiyangar took over a struggling periodical called Journal of Indian History which was started by Shafaat Ahmed Khan in 1921. Aiyangar faced financial difficulties in the beginning but rescued the journal by persuading the University of Kerala to take over the magazine. By the time, the Kerala University had taken over the magazine Aiyangar had already established the journal as one of the premium history magazines in the world.

Krishnaswamy Aiyangar was succeeded by K. A. Nilakanta Sastri to the chair of the Department of Indian History and Archaeology in 1929.

Krishnaswamy Aiyangar assisted Robert Sewell in his analyses of the epigraphy and archaeology of South India. These publications inspired Aiyangar to make a detailed enquiry into the history of Vijayanagar and by the 1920s, he had published a set of masterpieces on the history of Vijayanagar.His historical methodology was, however, a marked deviation from that of Sewell's and historians who had lived before him. His books devoted more attention to the Hindu-Muslim conflicts that shaped the history of Vijayanagar. In his 1921-book Ancient India, Aiyangar states that the Hoysala king Veera Ballala III "made a patriotic effort to dislodge the Muhammadans from the South... fell in the effort, and brought his dynasty to an end in carrying on this great national war of the Hindus". His views were echoed by Kannadiga historian B. A. Saletore and Telugu historian N. Venkatramanayya.

Ira. Venkatachalapathi classifies Krishnaswamy Aiyangar's methodology as Indian nationalistic. His books on South Indian history were written from all-Indian perspective wherein South India is assumed to be closely related to the rest of the country and its history and civilisation depicted as if it were a part of a greater Indian tradition.