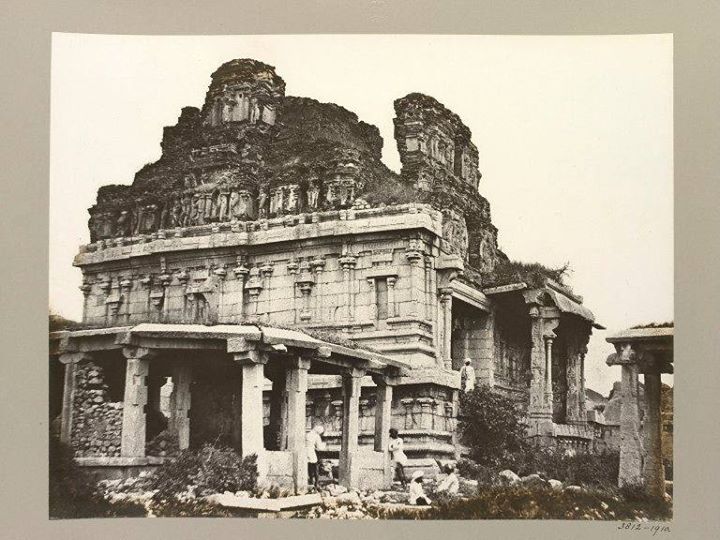 Digital Rare book:
A Sketch of the Dynasties of Southern India
By Robert Sewell
Printed by E.Keys at The Government Press, Madras - 1883

Hoysaleswar temple dedicated to Shiva. was built in Halebid during Hoysala Empire rule in the 12th century by King Vishnuvardhana. The construction was completed in 1121 CE. During the early 14th century, Halebidu was sacked and looted by Muslim invaders from northern India and the temple fell into a state of ruin and neglect