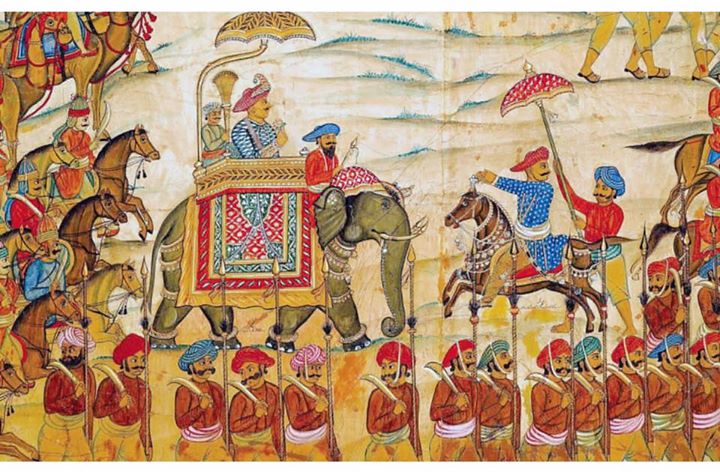 If the sultan of Mysore had had a bit more luck, George Washington might be known as the Haider Ali of North America. As the ruler of Mysore, a kingdom in what is now southwestern India, Haider fought a series of wars with Great Britain in the latter half of the 18th century, at the onset of the Age of Revolution. While Haider was fighting his last battles against the British, Washington was leading the forces of the nascent United States from the harsh winter at Valley Forge to the final victory at Yorktown.

The circumstances of Haider’s childhood did not seem to mark the young man out for greatness. Born around 1720, Haider soon lost his father, a mercenary officer who died on campaign. Haider followed his father’s path, becoming an officer for the Wodeyar dynasty that ruled Mysore. After many years of service, he grew indispensable to the ruling family, sidelining it entirely by the 1760s. It was a dangerous time to come to power in South Asia. The British East India Company was expanding its power throughout the Subcontinent, at the expense of rulers from Bengal in the east to Haider’s neighbours in the south. Allied with France, however, Haider held off the British advance for another two decades, dying in 1782, just a year before the US triumphed in its own rebellion against Britain.

Haider and Washington never communicated directly with one another, but they fought against a common enemy, and shared a common ally. Like the Mysoreans, the American rebels were members of a global coalition funded by the French government, which saw both uprisings as a chance to humble Britain. In the Seven Years’ War (1756-1763), Britain had ended nearly a century of conflict with its imperial rival in North America by seizing France’s vast territories in Canada and the Mississippi River Valley. Some French observers tried to minimise the extent of the defeat. Voltaire dismissed loss of North America as ‘a few acres of snow’. Yet French policymakers were well aware that Britain had greatly increased its power. Too weak to confront it again on its own, the French government wove a network of alliances, playing on resentments against Britain’s growing control of global trade and rapidly expanding empire. Beginning in the mid-1770s, it sent money and military advisors to both Mysore and the US, aiming to avenge its defeat by stoking colonial rebellions against Britain.

The alliance with France proved critical to the survival of the fledgling US. The memory of French aid, and particularly of the dashing Marquis de Lafayette’s assistance to Washington, has for more than two centuries served as a symbolic origins story of close Franco-American relations. During the Revolutionary War, however, Americans saw themselves not just as allies of France, but as part of a coalition that included Mysore.

Even after the US made peace with Britain in 1783, the American fascination with Haider and his son and successor, Tipu Sultan (1750-1799) lived on. Mysore’s rulers became familiar references in American newspapers, poems and everyday conversation. Yet, within a generation, Americans lost their sense of solidarity with the Indian Subcontinent. Mysore remained under British control, written out of the story of the American Revolution. The US turned its attention to the interior of North America, and to becoming an imperial power in its own right.

Really interesting! History is the mirror to future..what French tried to do to British is now being done by US and Russia to eachother! Don't know what path it would lead to but for now it does not seem to be anything less than disastrous!