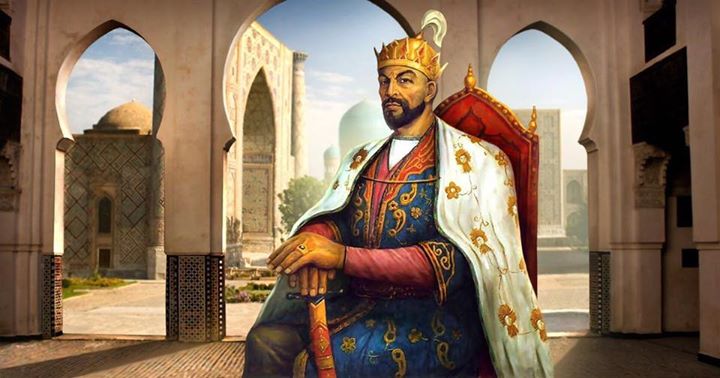 The unlikeliest of events set off bitter historical debates in India. Last week, it was the name actors Kareena Kapoor and Saif Ali Khan gave their newborn child. What should have been a purely personal decision became an occasion for Hindutva trolls to excoriate the couple on social media. In Scroll.in, Shoaib Daniyal pushed back against those upset by the actors’ decision to name their son Taimur, after a Turkic conqueror who, in late December 1398, unleashed in Delhi the worst recorded massacre in Indian history.

While Daniyal made valid points about the nature of Hindutva, the case he made was largely a piece of whataboutery, discussing Alexander, Ashoka, Shivaji and the Marathas, while ignoring the man of the moment, Taimur himself. Daniyal exhibited a failing common to the Indian Left which, since the 1980s, has tended to emphasise deficiencies of Hindu faith and culture while overlooking those of Islam.

Let me clarify, before rebutting Daniyal’s argument, that I am very far from having any sympathy for the Hindutva cause. For proof, read my column about the lunacy of Hindutva history, or this one about Hindutva myths frequently taken as historical truth, this onecontesting the idea of the Indus-Saraswati civilisation and discussing how caste discrimination makes itself felt in architecture, urban planning and sanitation; a further exploration of why the Indus Civilisation could not have been Vedic; a take-down of the popular idea of Rajput military success; a repudiation of the notion that yoga as we know it reaches back millennia; a critique of beef bans, written after I signed on to a PIL against one such prohibition in Maharashtra; and a piece underlining the extremist nature of Narendra Modi’s ideology against attempts to paint him as reasonable.

Logic flaws
To get on to Daniyal’s whataboutery, here is Exhibit A: “Ashoka or Alexander, both of whom led bloody campaigns … are common names among the supposed peoples they conquered. Sikandar, the Persian version of Alexander, is a common name across Iran and the subcontinent.”

It is true that Iskander and Sikander are common names in West Asia, but what Daniyal does not take into account is that Alexander’s conquests pre-dated Islam. His best-known victory came against the Achaemenid emperor Darius III, whose capital Persepolis he destroyed. The Achaemenid kings were Zoroastrian, and to this day, Alexander remains one of history’s great villains in the eyes of members of that faith. Parsis are commonly named after Achaemenid kings like Cyrus/Kurush and Darius/Dara, but not after Alexander. Since Muslim Iranians don’t identify with the Achaemenid kingdom the way Zoroastrians do, they bear no grudge against the Macedonian general.

Let’s consider the Mauryan emperor next, whose name, in Daniyal’s words, “carries no particular taboo in Orissa in spite of the Kalinga war”. The reason for this is rather obvious. Ashoka is revered in India not because of his bloody victory against the Kalinga army but his remorse in its aftermath. Ashoka means “without sorrow” but it his shoka that makes him great. His rejection of gratuitous violence, which was forgotten by Indians but returned to our consciousness after the decipherment of Brahmi in the 19th century, has made him an important figure in the history of pacifism, to which India has arguably contributed more than any other nation or civilisation.

Our most important source for the story of the Kalinga war is Ashoka’s own descriptions in his edicts. There is no extant account of the losing side’s perspective on the battle. But that should not lead us to conclude that the losing side had no view to express. Absence of evidence should never be construed as evidence of absence. That, unfortunately, is a trap into which Daniyal falls when he writes, “This rage is, of course, largely ahistorical. Taimur, for example, finds little mention in historical works written by Hindus at the time or even hundreds of years after.”

Since no historical works written by Hindus in Taimur’s time exist, it is hardly surprising that none makes mention of him. But it would be equally surprising if Muslim rulers’ discriminatory treatment of people professing other faiths did not leave behind a residue of resentment, one that has built up over the generations and today undergirds Hindutva.

Is it ahistorical to condemn past religious bigotry, given that it happened in eras before liberal humanism established itself as the governing philosophy of many nation-states, India included? Daniyal believes so. He writes, “The past truly is a different country and to make it fit modern standards of morality, a fair bit of invention needs to be indulged in.” While the idea that morality has differed over time is hardly controversial, using it as cover to provide moral clean chits to past rulers seems less reasonable than delving into the specifics of history to form judgements.

Question of ethics
Take the case of Shivaji, the third king Daniyal counterposes to Taimur: “Gujarat, where Hindutva has been a powerful political force for decades now, has adopted Shivaji with even more gusto, building statues in cities like Surat, which, ironically, were sacked by the Maratha chief early on in his career”. It’s true that Surat suffered substantially in the war between Mughals and Marathas, but Shivaji’s conduct during his raids on the town did not lack an ethical dimension. In Travels in the Mogul Empire, Francois Bernier records how the Maratha warrior ensured the safety of a Catholic priest named Father Ambrose for he had heard of his reputation as a saintly man, and also spared merchants known for their charity. Moreover, in contrast to Taimur’s sack of Delhi, Surat witnessed no wholesale massacre during the two major raids Shivaji conducted.

Khafi Khan, a 17th-century annalist whose version of events is very different from the one favoured by Hindu and Marathi chauvinists and who considered Shivaji an enemy, had this to say about the Maratha king’s treatment of Muslims and Islam: “He made it a rule that whenever his followers were plundering, they should do no harm to mosques, the book of God or the women of anyone. Whenever a copy of the sacred Quran came into his hands, he treated it with respect and gave it to some of his Muslim followers”.

the lunacy of Hindutva history, or this one about Hindutva myths frequently taken as historical truth....... what are you talking about? definitely you are a hindu from body but not from brain. but what do you know about hinduism, its philosophy, culture, beliefs, history and dharma? can you dare to say christian beliefs as myth like christ was a mythological character, or crucifixion of jesus as mythological event, can you call the adam, eve, nyoha mythological characters? can you call muhammad a mythological person. can you dare to write nabi, abraham etc. as mythological character. who are you to distribute the certificate of being mythological and historical even you do not know anything about that are you researcher?are you historian? do you know everything? or do you have time machine? look, do not behave like a Britisher and accept the reality that india is an independent country. indians know their history well we do not want british/arebian point of view of our history. those who hate indian culture beliefs history ideals and religion, go to hell and write what you love and want to be..

Taimur Lane cruel Inveders why Kareena wants to name his son Pakistan has all . Missiles names of Indias Looters Inveders so what is intentions Do we Hindu name our son so Ravna

one sec please hinduism might not be religion its a a sociatal construct much like socialism or capitalism beyon the river indus ....so it seems none knows what one is talking about....much like timur.........modern study of history is visibly insufficient to give a definitive conclusive defination of societies events and personalities of central asia and "hindus of prehistory time"

Bunch of self demeaning conquered minds desperately justifying an invader. A ruthless beast at that.