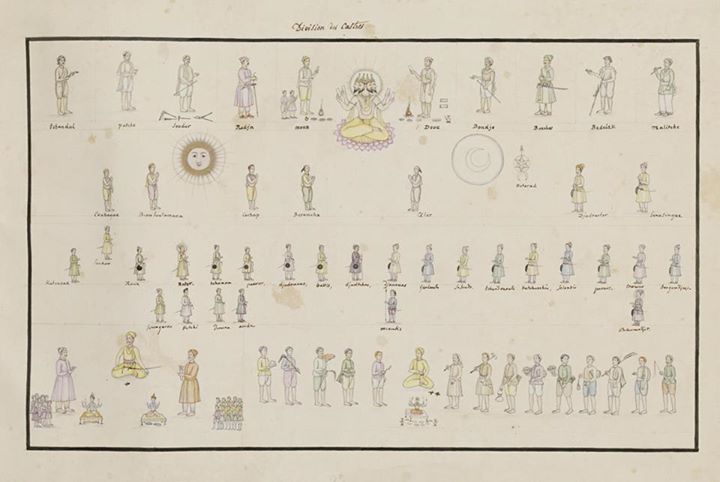 Rites and Beliefs of the Hindus
Illustration depicting Sub-castes

Gentil lived for twenty-five years in India, spending eleven of them at the court of Shuja-ud-daula. He carried from India among other things an atlas containing twenty-one maps of the Mughal subas that he had drawn according to the Ain-e-Akbari.