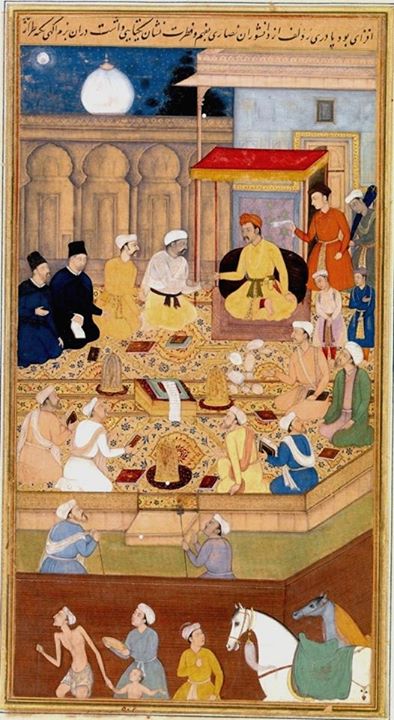 Jesuits came to the Mughal court hoping to convert the emperors. Instead, the Indian rulers used Christian images for their own royal propaganda.

When Mughal emperor Akbar invited Portuguese Jesuits from Goa to his court in 1579, they were elated. Converting Akbar to Christianity would be their biggest achievement outside the European world.

They sent excited reports back to their home country, saying that India's largest empire would soon be a part of the Christian world.

As it turned out, Akbar had other ideas. His court was in the midst of intense inter-religious discussions. At the time the Jesuits were sharing their art and discussing the Bible with scholars in the court, others were being directed to translate hundreds of Sanskrit and Arabic texts, including the Ramayana, into Persian.

Akbar directed court artists to use Christian imagery for his own royal propaganda but refused to commit any further.

Christian iconography is unusually adaptive. When Christianity reached China, the Chinese portrayed Jesus Christ as one of their own. It's no wonder that Christ was Indianised when the Jesuits first came to India. But as artists, particularly four in Akbar and Jehangir’s reign, learned from and adapted to Western styles, their depictions of Christ and Mary became steadily more European.

If you do not look closely, some of the most striking Mughal art between 1580 and 1630 could be mistaken for belonging to European schools of art.

I once saw a "Star of Bethlehem" Indian restautant...