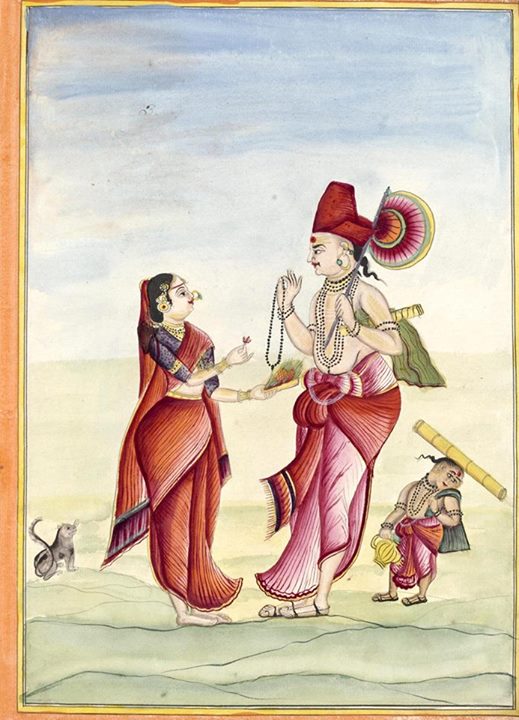 Digital Rare Book:
TIRUTTANTA CANKIRAKAM or, A collection of proverbs in Tamil with their translation in English
By Peter Percival
Published by Jaffna Book Society, Jaffna - 1843

Image:
Watercolour on English paper, A Brahmin with his wife, child and cat, Madras, ca. 1785

This is a page from the Boileau Album. The album contains 42 Company paintings probably made by an artist from Thanjavur (Tanjore) living in Madras. Painting in Madras at this early period appears to have been linked mainly to individual patronage. John Peter Boileau commissioned this album. Boileau, whose ancestors were French, served as a member of the Madras Civil Service from 1765 to 1785. He probably had the album made to take back home to England when he retired.