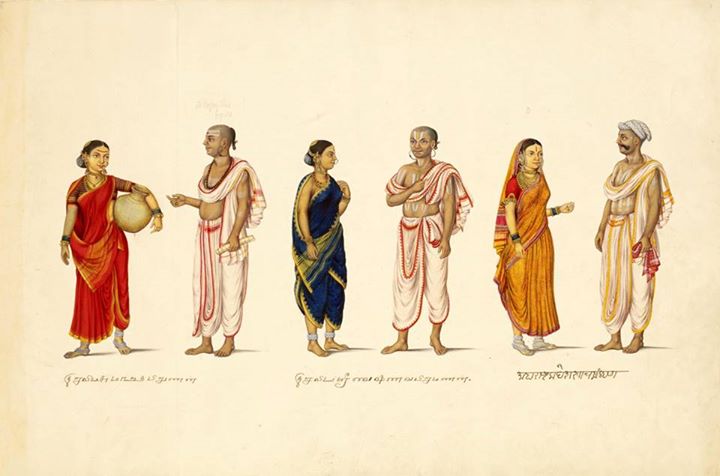 i' think i've got it - i had mentioned earlier the first part which is identical cd be 'kuruvida' or 'thurivida' - i think it is probably Dravida - in tamil as 'thiravida' ( 'திராவிட ' ) - if so, the two labels cd be : 'திராவிட சுமாரத பிராமணன்' & 'திராவிட ஸ்ரீவைஷ்ணவ பிராமணன் ' respectively - the style of writing has changed considerably even in my lifetime, let alone over 150 years - feeling thrilled :)

a treasure pdf - the painting description - 'sonarta brahmin' ??? cd it be be 'smarthaa brahmin'

Could Tiruvida mean holy street? Suggesting that the two left couples are as they are seen in the street surrounding the temple?