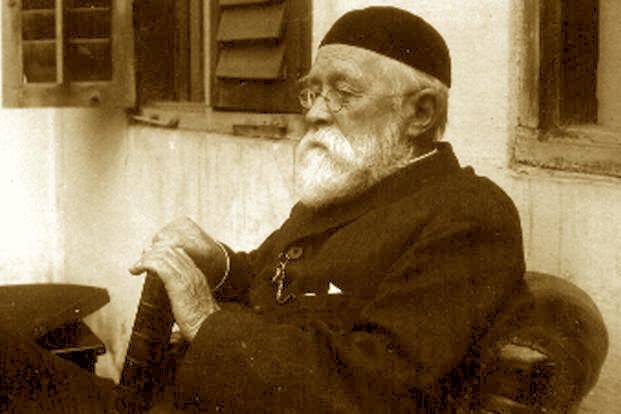 In the mid-19th century, Foote almost single-handedly tried to reconstruct India's unwritten past.

In 1859, Charles Darwin published the theory of natural selection in his book, “Origin of Species by Means of Natural Selection”, suggesting that, among other things, humans evolved from apes, flying in the face of conventional thinking at the time.

The age of the earth had earlier been pegged at 6,000 years by European religious scholars, based on readings of the Bible, with estimates ranging to 100,000 years (based on other religions) at the high end. Darwin’s theory implied it was much, much older, transforming not only the field of biology, but geology too, along with archaeology and anthropology.

The theory, of course, faced widespread resistance. Evolution from apes? Did god not create humans in his own image? Wasn’t it blasphemy to suggest otherwise? “No,” said one bold geologist from British India whose discoveries supported Darwin’s theory. His name was Robert Bruce Foote.

The British East India Company had conquered almost the entire Indian subcontinent by the early 19th century, an area of around 4.4 million sq. km. They divided it into four administrative regions—the Madras Presidency, the Bombay Presidency, the Bengal Presidency and the North-West Presidency.

While building their empire, they did two things. One, the company convinced the British crown to enforce the law of primogeniture—the firstborn son would inherit all property of the parents. British estates were never divided. If a couple didn’t have a son, the closest living male relative would inherit all the wealth.

It was an unfair law but it served the company and the crown well. The majority of sons were trained as soldiers mostly to serve the company abroad, so they could earn a living. The law essentially ensured a steady supply of soldiers who were also trained in another profession such as engineering and medicine.

The next was to set up teams of geologists in its colonies, like the Geological Survey of India (GSI) established in 1851, so they could locate precious minerals and metals across the empire to fill up the coffers of the crown and the company. They also mapped and studied the territories ruled by the British.