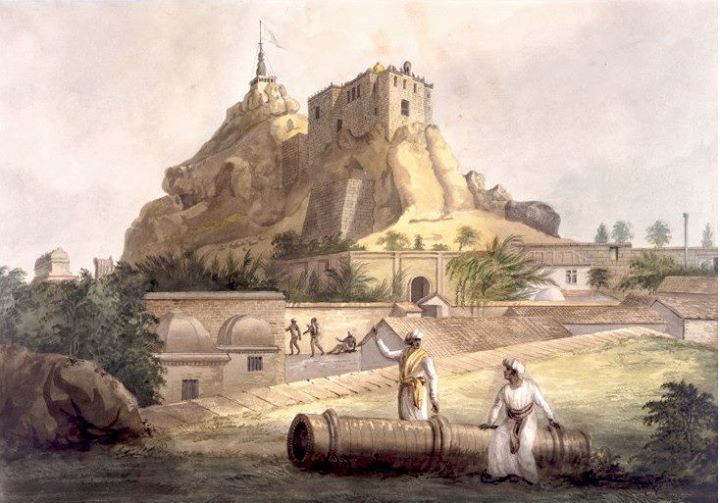 View of the hill fort, Trichinopoly - 1805
By William Orme

William Orme, who was active from about 1795 to 1819, was born in Manchester and was almost certainly the younger brother of Daniel Orme (also born in Manchester), and older brother of Edward Orme. An early watercolour by him entitled 'At the cottage door', a rural scene with a group of villagers, is signed and dated 1795, predating his first showing in 1797 at the Royal Academy. By this time, William had moved to Great Maddox Street in London. The list of works exhibited at the Academy between 1797 and 1819 classify him as a landscape painter with a preference for topographical subjects painted in England and Wales; they also include a few genre scenes. By 1800, William had moved to 59 New Bond Street, London, which soon became the headquarters of the Ormes' printing and publishing house.