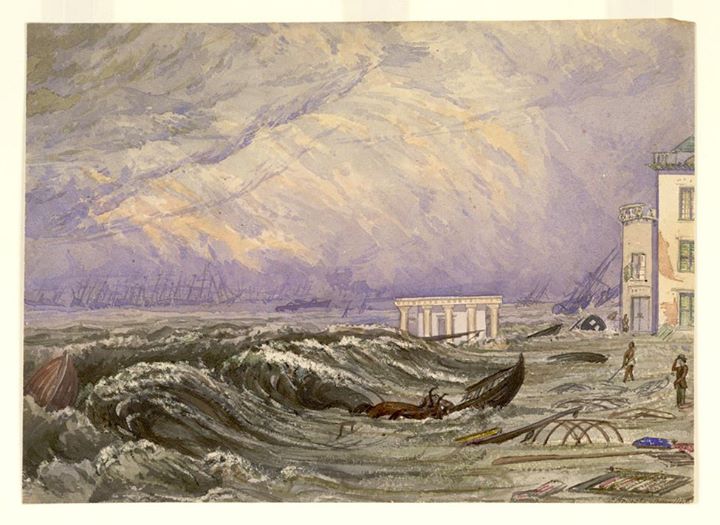 This view shows the extent of the sea's encroachment upon the land and the beleaguered shipping in the harbour. During this cyclone, a large number of ships were driven ashore by the wind and waves; the P&O Lines 'Bengal' was deposited in the garden of Bishop's College and the storeship 'Hindostan' was completely wrecked. The city was badly damaged and up to sixty thousand people were killed.