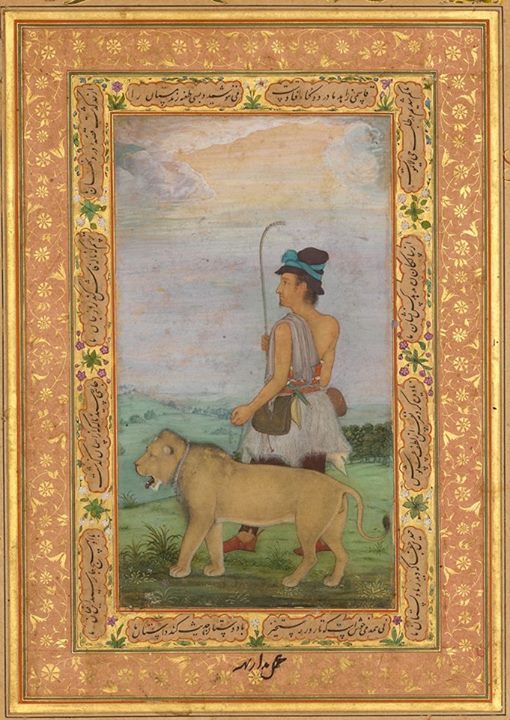 During the reigns of Jahangir and Shah Jahan, devotees were favorably received, and often indulged, at court. The dervish depicted here has accoutrements associated with a mystic of the time such as a satchel, fur skirt, and distinctive head gear. He also has the dedicatory scars from self-inflicted burns on his upper arm. The floral borders in the Shah Jahan Album, many created by Daulat, combine real and imagined plants with insects, birds, and cloud bands.

Ki kore pabo, how i can get?