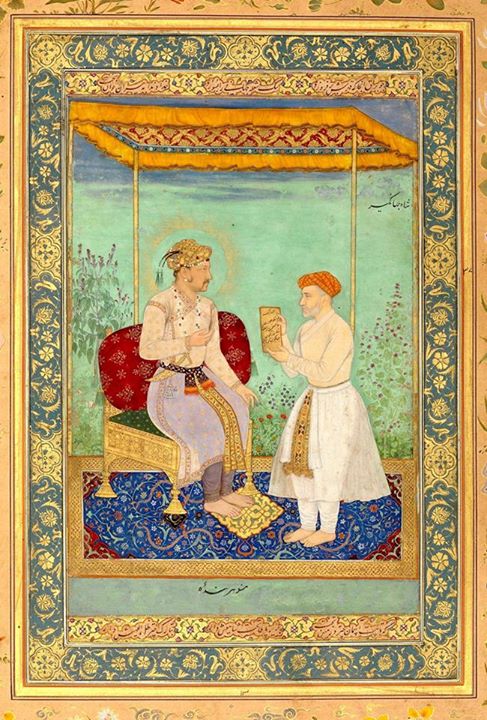 While Jahangir (r. 1605–27) and l'timad al-Daula (a title meaning "reliance of the state") greet each other formally in this painting, they had a warm personal relationship, for in 1611 l'timad al-Daula’s daughter Nurjahan had married Jahangir. By virtue of this connection, her father became the chief minister of the realm, a position he retained until his death in 1622.

Mirza Ghiyasuddin's life had been a rags to riches tale. A Persian in exile and with nothing to support his family had initially abandoned his daughter in her infancy. The wailing of the abandoned child, changed his heart and he took back the child. This brought a fortune of luck as he found a caravan that took him to Akbar's Court. No looking back thereAfter.