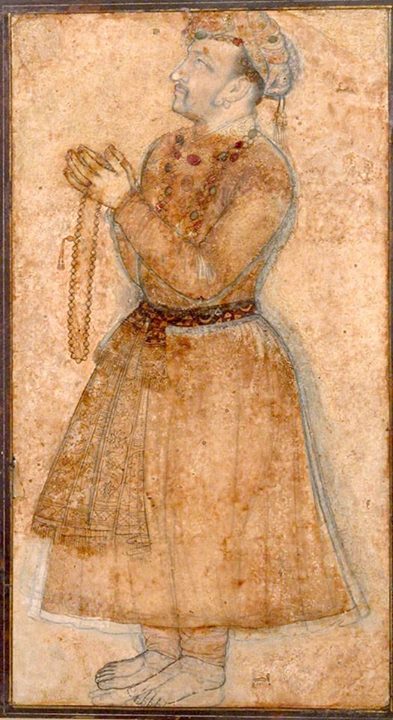 Image:
Portrait of Emperor Jahangir Praying
early 17th century
This work, completed shortly before the high point of Mughal portraiture, shows the emperor Jahangir (r. 1605–27) praying. It was painted near the beginning of his reign and is paired with a portrait of his father Akbar, also in the Museum’s collection. Although neutral tones dominate, Jahangir’s jewelry and the sash around his waist are accented in red and blue. The underdrawing, especially visible at Jahangir’s feet and legs, indicates that the artist departed from his original plan in the process of executing this portrait.

Calling Jahangir a ruler of India is like calling Kejariwal head of India. Jahangir was ruling 30% of North of India. Only self styled historians, colonized brain can call him ruler of India. When Indians will be aware about their own history?