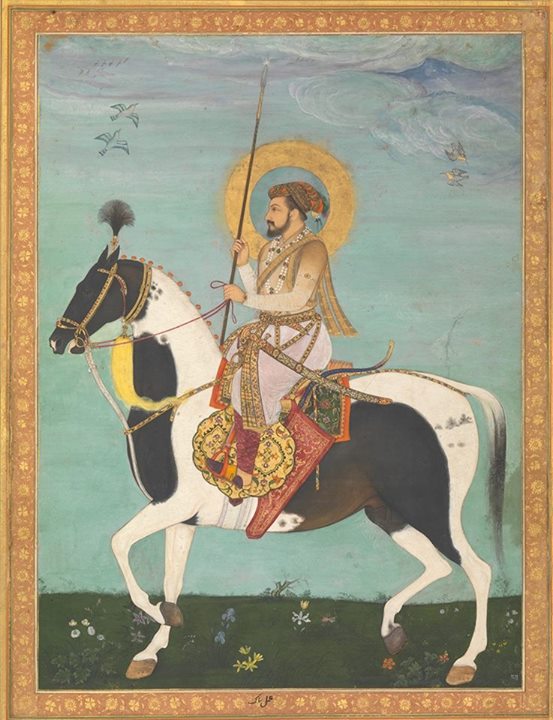 Image:
"Shah Jahan on Horseback", Folio from the Shah Jahan Album
Painting by Payag (Indian, active ca. 1591–1658)
Payag worked for the emperors Akbar, Jahangir, and Shah Jahan over the course of a remarkably long, seven-decade career, and his brother Balchand was also a talented painter with whom he collaborated on a handful of paintings. The attribution of this portrait to Payag, written in the border below the painting by Shah Jahan, was recently confirmed by the discovery of a microscopic signature on the golden tip of the emperor’s bow.