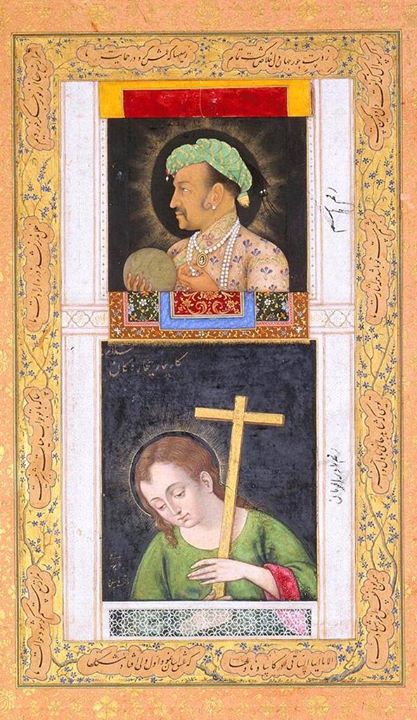 Book Extract:
"When Jahangir ascended the throne, Father Xavier had already been ten years at the Mogul court, whither he had been sent in 1595 as leader of the third Mission to the court of Akbar. The other original members of this Mission were Father Emanuel Pinheiro and Brother Benoift de Goes. In 1602 Brother Goes started on his travels to Cathay, and his place was taken by Father Francis Corsi ; and the same year the Mission was further strengthened by the arrival from Goa of Father Anthony Machado. At the time of Akbar's death Fathers Xavier and Machado resided at Agra, and Pinheiro and Corsi at Lahore.

I have fortunately been able to consult the originals of Father Xavier's letters, which I came upon amongst the Marsden MSS. in the British Museum Library. I have, therefore, been able to amplify, and occasionally to elucidate, Guerreiro's narrative. As the letters have never been published, and because of the value and interest attaching to them as contemporary records,I have not hesitated to quote from them freely. The manuscripts are, considering their age, in a good state of preservation ; but they are naturally time-worn,and have not altogether escaped the ravages of insects. Fortunately the damage is mostly to the margins of the pages ; but here and there a word, or even a whole line of the text has been obliterated. The letters are closely written, and on both sides of the paper. As I found Xavier's writing very difficult to read, I cannot guarantee that my transcriptions are free from mistakes."

What's Jahangir holding in his hand? The world? If so, they always knew the world was round did they not :)